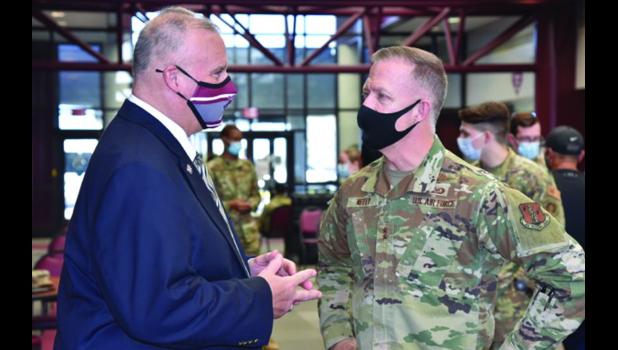 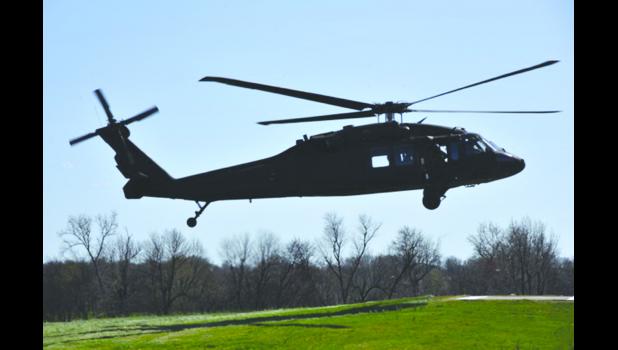 However, on Wednesday, March 24, it was a military helicopter that landed on the campus in Ullin.

Maj. Gen. Richard R. Neely, the adjutant general of the State of Illinois National Guard, along with several staff members, were in Ullin to do a site visit for the ongoing Southern Seven Health Department COVID-19 vaccination effort being held on the Shawnee Community College campus.

As the adjutant general, Neely is responsible for carrying out Illinois National Guard missions in supporting emergency relief efforts, including the current vaccination missions across the state.

During his visit, Neely checked in with National Guard members, visited with medical staff from Southern Seven Health Department, and spoke with residents receiving vaccines and college leaders about the vaccination mission's progress.

“We were honored to have Major General Neely here today,” Shawnee Community College director of communications Rob Betts said. “We are grateful for the continued efforts to vaccinate members of our community.”

Details about the vaccination effort can be obtained by contacting the Southern Seven Health Department.

A video highlighting Neely’s visit to Shawnee Community College can be found online at https://we.tl/t-vnDSYsS3fe. 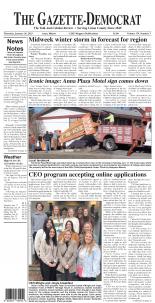