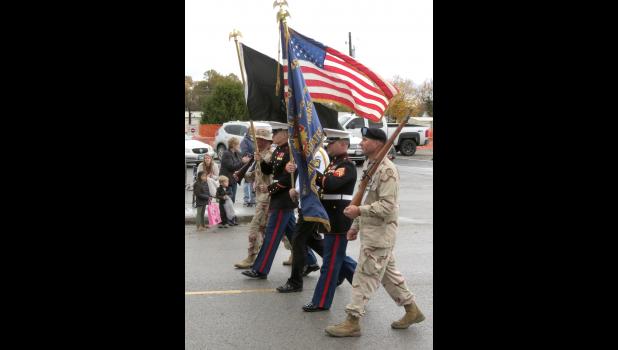 After a two-year absence, a Veterans Day parade once again was held in Anna.

The parade is sponsored by the Veterans of Foreign Wars Carroll P. Foster Post No. 3455 in Anna.

“Welcome Home” was the theme for this year’s parade, which was held Thursday afternoon, Nov. 11, in Anna.

The main route of the parade began near the Anna City Park and continued through the downtown Anna area.

In 2019, unseasonably cold weather, snow and sleet led to the cancelling of the event.

The weather last Thursday started on a rainy note early in the morning.

The rain came to an end prior to the 11 a.m. start of the 2021 parade...at times, sunshine even made an appearance.

This year’s parade marshal was John Tripp, 97, a U.S. Army veteran who served during World War in Europe and is a member of the Anna VFW post.

More than 70 units participated in the Veterans Day parade. Winning entries, as announced by the Anna VFW post, included, by category: