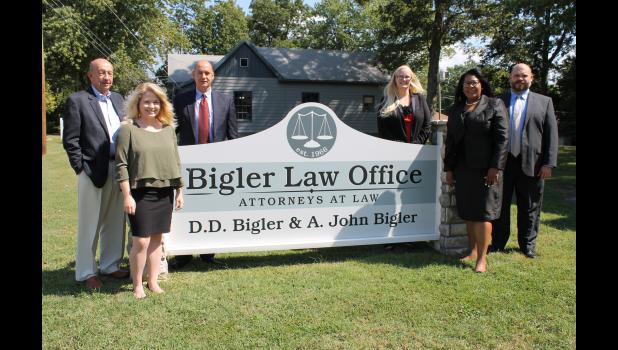 The Hon. D.D. Bigler (retired) and Mr. A. John Bigler are pleased to announce the expansion of the Bigler Law Office with the opening of a second office in Springfield, Missouri, and welcome the addition of two new associate attorneys, Ms. Arryn Carson and Mr. Adam Loos, joining the Anna office. John will be opening the Springfield office while maintaining oversight and management of the Anna office with Judge Bigler maintaining “of counsel” responsibilities for both locations.

The Biglers have been and will continue to be an integral part of the fabric of the community.

D.D. Bigler founded the firm originally in 1966 where he served the community for more than 10 years as an active litigation attorney prior to being elected as the residing Circuit Court Judge for Union County in 1976.

After 24 years of distinguished service on the bench he retired and transitioned back into a private practice serving clients throughout Southern Illinois for the past 17 years.

Although settling in to his “of-counsel” role over the last two years he consults on a daily basis with his son John and all the staff at Bigler Law Office.

John’s legal career has spanned two decades of working in both the private and public sectors.

He began his legal career with Osman and Associates, a general practice firm, from 1998 to 2000, then transitioned into public service as the Union County State’s Attorney from 2000 to 2004, trying more than a dozen jury trials to verdict.

He then spent more than 10 years as In-House Counsel and Director of Operations for Cunningham Electronics Corporation, after which, he joined his father at Bigler Law Office in 2014.

John will be the lead attorney establishing the Missouri practice and will be focusing on Business/Corporate litigation, Criminal and Personal Injury matters, while also serving as General Counsel and Director of Asset and Development Transactions for O’Reilly Hospitality Management, LLC, which is also based in Springfield, Missouri, with properties located over an eight-state area.

Joining the firm and tasked with heading up the Anna office are Associates Arryn Carson and Adam Loos.

Carson holds a Bachelor of Arts in History with a minor in business from the University of Texas at Arlington. She holds her Juris Doctorate from the Southern Illinois University School of Law.

While in law school, Arryn focused on criminal law and externed with the Illinois Innocence Project, Missouri Public Defender’s Office, and the Hon. Thomas Clark III in the City of St. Louis.

She was a member of the writing staff for the Journal of Legal Medicine.

Adam Loos, a native of Pinckneyville, Illinois, graduated with honors from the Southern Illinois University School of Law.

While in law school, he served as a staff member and editor of the Southern Illinois University Law Journal.

He is a member of Phi Delta Phi, an international legal honor society, and the oldest legal organization in continuous existence in the United States.

His professional experience includes transactional work related to the sale and purchase of companies and their assets, drafting contracts for businesses, estate planning, real estate transactions, negotiation, and civil litigation.

He also is passionate about serving his community and being a public servant. He was elected to a four-year term on the Carbondale City Council in 2015.

Lynne is a graduate of the Southern Illinois University School of Law, where she focused her education on Litigation and Alternative Dispute Resolution type course work.

While in law school she was a member of the Trial Team, and participated in two national competitions.She served as a teaching assistant for four adjunct professors.

In addition, she served in the public interest programs, as an extern with the Hon. William Thurston, State’s Attorney Mr. Tyler Edmonds and with the Illinois Innocence Program.

She also worked in the Civil Practice Clinic, providing legal assistance to the elderly.

Prior to law school, she has worked extensively as a trainer, and capacity building consultant for non-profits.

During her social work career, she specialized in child welfare, working with foster parents, and supporting fragile families.

Ursula holds a Bachelor of Science in paralegal studies/pre-law from Southern Illinois University. The SIU program is the only American Bar Association accredited program in the State of Illinois.

During her tenure with Bigler Law, she has developed expertise in working with personal injury cases. 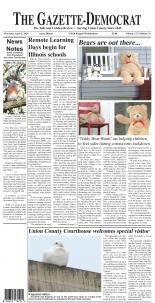