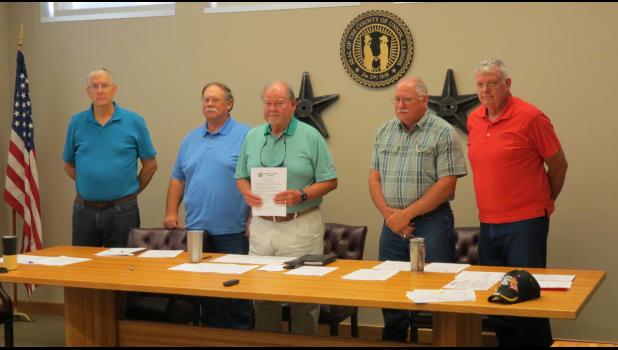 Constitution Week to be celebrated with special events in Union County

Sept. 17 marks the 234th anniversary of the drafting of the Constitution of the United States of America in 1787 by the Constitutional Convention, which was meeting in Philadelphia, Pa.

Special events are being planned in Union County in commemoration of Constitution Week, which is celebrated each year, from Sept. 17 through Sept. 23.

All of the upcoming events in Union County are free and open to the public.

Organizers of the upcoming events in Union County note that Constitution Week commemorates the nation’s most important document.

The celebration was started by the Daughters of the American Revolution, DAR.

In 1955, the DAR petitioned Congress to set aside Sept. 17-23 as a time each year dedicated to the observance of Constitution Week.

A resolution was later adopted by the U.S. Congress and signed into public law on Aug. 2, 1956, by President Dwight D. Eisenhower.

This is the 65th year in which Constitution Week is being celebrated and the annual bell ringing tradition was started by the DAR.

As part of the local commemoration, Constitution Week proclamations have been signed by Union County Board of Commissioners chairman Max Miller, Anna Mayor Steve Hartline and Jonesboro Mayor Ken Blandford.

Local Constitution Week activities are scheduled to kick off with a ceremony which is set for 5:30 p.m. Friday, Sept. 17, at the Lincoln Memorial Picnic Grounds in Jonesboro.

In keeping with current COVID-19 guidelines, those who plan to attend the ceremony are asked to bring lawn chairs and to practice social distancing.

The guest speaker is scheduled to be Dr. Larry Peterson, who will briefly share President Abraham Lincoln’s thoughts about the Constitution.

In the event of rain, the Sept. 17 ceremony will be moved to the Shawnee Hills Arts Council’s Anna Arts Center. The is located at 125 W. Davie St. in Anna.

The ceremony is scheduled to begin with presenting of the colors by the Boy Scouts, the National Anthem and the Girl Scouts leading the Pledge of Allegiance.

The guest speaker at the ceremony is scheduled to be Dr. Larry Peterson, who will share thoughts about the Constitution.

After Peterson’s comments, those in attendance will be invited to ring a bell for one minute. A one-minute bell ringing is planned across the country on Sept. 17. Churches in Union County also are invited to ring their bells.

Those who plan to attend are asked to bring a bell or some other noise maker.

At the conclusion of the ceremony, the Long Knives Chapter of the Sons of the American Revolution plan to present a combination cannon/rifle 21-gun salute.

An ice cream social is planned following the ceremony.

Three presentations about the Constitution and its history are planned starting at 9 a.m. Saturday, Sept. 18, at the Anna Arts Center.

Guest speakers at the arts center are scheduled to include:

9 a.m. Dr. Cindy Buys, a professor in the Southern Illinois University School of Law, who will talk about “The Constitution as the Foundation of Our Legal and Political System.”

11:20 a.m. Dr. Susan Whitemountain will give a presentation titled “Struggles for a Constitution.”

More information about the upcoming Constitution Week activities is available by contacting Lee Hackney by cell phone at 1-904-625-1109 or by email at vabchlee@gmail.com.