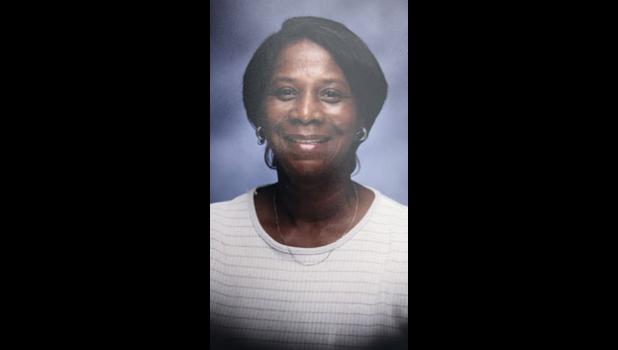 Laura Ann Harris transitioned from this earth to her heavenly palace on Aug. 9, 2020.

Laura was born on May 28, 1946. She was the daughter of Samuel and Rosie Mae Terry from Mounds.

Laura was the passionate mother of five young men. She loved making arts and crafts for her home.

Laura spent half of her life working diligently for the Century School District. She retired from Century in 2007, after spending 25 years as an exemplary employee. Earlier in her life she also worked at Lehn & Fink and Lincoln Care Center in Lincoln.

Laura gave herself over to the Lord, and never looked back. She was a member of The Church of God and Son in Mounds. She participated in the choir and was a Sunday School teacher. Laura had a deep faith in bringing people the word, and she showed her commitment on a daily basis.

Laura leaves to cherish fond memories of her life partner William Miller of 47 years of Ullin; her brothers and sisters, Ruthie Edwards of Mounds, Rosetta and David Schoffner of Ypsilanti, Mich., Leroy and Callie Terry of Decatur, Carlos and Shalom Terry of Peoria and David and Marylin Terry of Mounds.

Laura also had a special place in her heart for Demetrius Baker (special grandson).

Visitation will be from noon to 1 p.m. on Saturday, Aug. 22, at The Church of God and Son at 630 Walnut St. in Mounds. Funeral services will be at 1 p.m. Saturday at the church. Burial will be in Greenlawn Cemetery in Villa Ridge.