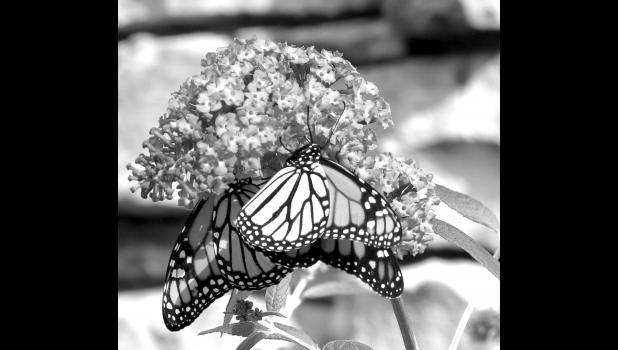 Identifying ways to improve and increase habitat for monarch butterflies in Illinois is the focus of an online survey and a conservation summit meeting which is planned in Springfield this September.

The Illinois Department of Natural Resources, IDNR, along with partners representing agriculture, transportation or utility rights-of-way, conservation lands, urban and educational sectors are working to develop a plan to increase monarch butterfly habitat in Illinois.

“A first step is to identify ongoing monarch conservation efforts so that we can better coordinate among them to create more butterfly habitat where it is needed,” said Ann Holtrop, chief of the IDNR Division of Natural Heritage.

The online survey, which was expected to take no more than 20 minutes to complete, was being made accessible through this link: https://www.surveymonkey.com/r/ILMonarchsurvey.

IDNR had asked that anyone who was interested in participating in the survey to complete it by June 17.

Monarch butterfly populations have declined by as much as 90 percent over the last two decades.

In the past year, Illinois has been designated as a high priority area for monarch conservation in strategies developed both by the U.S. Fish and Wildlife Service and the U.S. Department of Agriculture’s Natural Resources Conservation Service.

The monarch butterfly is the Illinois state insect, and the monarch was identified as a Species of Greatest Conservation Need in the most recent Illinois Wildlife Action Plan.

Results of the online survey will be analyzed and shared with interested groups and organizations during a statewide summit on monarch butterfly conservation which is planned at the IDNR headquarters in Springfield on Sept. 9.