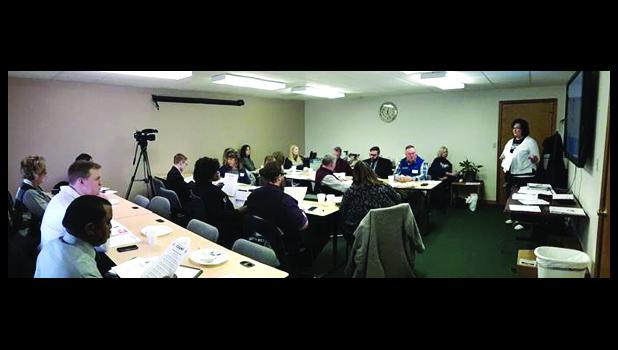 The Illinois Public Health Association and the Southern Seven Health Department hosted area government officials and media representatives for an informational meeting about the importance of the 2020 Census.

Every decade since 1790, the United States government has conducted its constitutionally mandated population count of the American people.

Census data is collected to determine the number of Congressional representatives a region gets, both at the state and federal level.

Businesses and investors also frequently use Census data to forecast an area’s potential for economic development.

Another important role Census data plays is its use by government agencies to determine the distribution of federal funds and resources.

Every year, over $800 billion is allocated across more than 300 state-led programs. Demographic information collected by the Census is used to dictate where and how those resources are distributed.

The Southern Illinois Counts program was created to combine the resources of several organizations to help generate a more accurate count in this decade’s Census count, and thus maximize the funds available to help the people of the region.

“A lot of our health departments, particularly in the state of Illinois, depend on these government grants for anywhere from 40 to 50 percent of their operating budgets,” said Lynden Schuyler, Census program director of the Southern Region for the Illinois Public Health Association.

Under-counting population can create an artificially high per capita income for an area. This can potentially obscure the economic hardships that a region is facing, and effect the amount of aid distributed to that region.

According to Schuyler, in 2010, it is estimated statewide that Illinois participation rate in the Census was only 57 percent. This under-counting of population came at a heavy cost to the state over the next decade.

“In a single year, the state of Illinois lost $122 million,” said Schuyler.

Further studies suggest that from 2010 to 2019, the southern seven counties of Illinois missed out on approximately $11.5 million in federal funding.

To counteract this trend, the Southern Illinois Counts program has joined with other organizations in the hope to increase Census participation for the coming decade through community outreach and education.

“We are hoping to get people who fall in to the hard-to-count category to do their Census this year,” said Schuyler.

According to Schuyler, residents who are frequently hard to count in the Census include minorities, children under 5, people living below the poverty line, people with disabilities, residents of rural areas and people who distrust the government.

By law, data collected by the Census is completely confidential and can be used for no other purpose except to produce statistics and demographic information. No personally identifying information that is collected will be released for 72 years.

Invitations to respond to the 2020 Census were scheduled to be delivered by mail to homes starting March 12 and continuing through March 20. Once you receive that invitation, you can respond online, by phone or by mail. 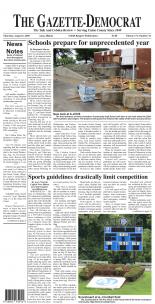