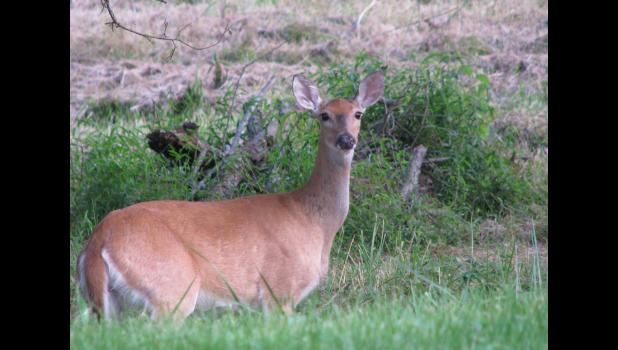 Fri, 10/16/2020 - 5:17pm admin
We ask all drivers to keep a watchful eye and remember the cardinal rule: don’t veer for deer. While the urge to swerve is instinctual, it could cause you to lose control of your vehicle or drive into oncoming traffic, increasing the severity of a crash”

With autumn comes deer mating season, a time of increased activity at dawn and dusk from October through December.

“We are starting to begin our peak season for deer-vehicle crashes,” said Omer Osman, the acting secretary of IDOT.

“We ask all drivers to keep a watchful eye and remember the cardinal rule: don’t veer for deer. While the urge to swerve is instinctual, it could cause you to lose control of your vehicle or drive into oncoming traffic, increasing the severity of a crash.”

This fall, state officials encourage motorists to take the following steps to ensure their safety.

•Be aware of your surroundings, especially in areas with deer crossing signs.

•Scan the sides of the road for eye shine: the reflection of headlights in their eyes.

•Slow down if you see a deer. They travel in groups, so more are likely nearby.

•Prepare for the unexpected. Deer may stop in the middle of the road or double back.

•Deer are adaptable and can flourish in rural, suburban and urban environments.

•If a collision is inevitable, try to glance your vehicle off the deer and avoid swerving into opposite lanes of traffic.

Of these, 15,605 resulted in damage to property or vehicles, while 604 caused personal injuries. Four of the crashes were fatal.

More than 40 percent of crashes involving deer in Illinois occurred in October, November and December, with November being the highest-risk month.

Rural environments were the site of more than 90 percent of all motor vehicle crashes involving deer, with more than 70 percent occurring at twilight or nighttime.

State officials reported that the top 10 Illinois counties for crashes involving deer in 2019 include:

“And remember, if you do hit a deer, report the accident to local law enforcement or Conservation Police Officer. They can help control traffic, clear the roadway or in the event the animal must be euthanized.”

If you hit a deer, pull off to the shoulder, turn on your hazard lights and call 911 to report the accident. Do not exit the vehicle to check on an injured deer or pull it from the road.

For more information on how to claim a deer that was involved in a crash, visit www.dnr.illinois.gov/hunting/deer/Pages/Claim-a-Road-Kill.aspx.

To report possession of a deer killed in a deer-vehicle crash, fill out the form at http://dnr.illinois.gov/SalvageDeer/.(S(2g2y5tunjelyrx45y2dzqd55))/SalvageInfo.aspx.