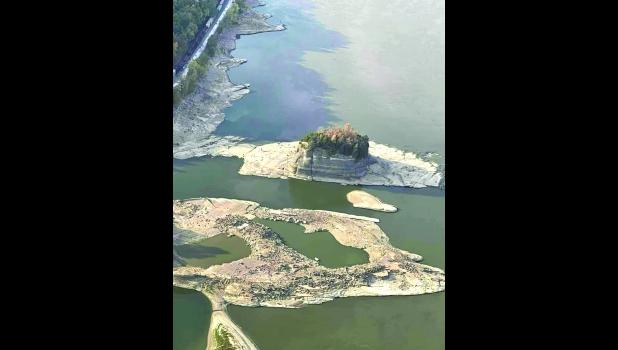 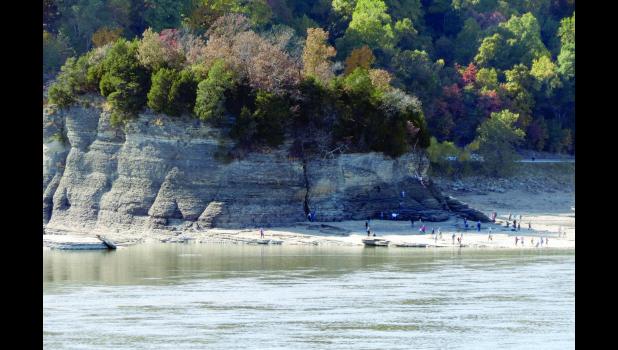 Driven by months of drought and periods of extreme heat during the summer and fall months in 2022, very low to record low river stages have developed along the Lower Ohio and Mississippi rivers in the region, the National Weather Service office in Paducah reported.

In October, river stages on the Mississippi River from the Ohio-Mississippi river confluence at Cairo to Baton Rouge, La., were so low that commercial activities such as barge traffic and riverboats were experiencing difficulty navigating portions of the river.

On Saturday, Oct. 15,  the Mississippi River at New Madrid, Mo., fell to minus 5.45 feet. This was the lowest observed river stage on record at New Madrid, where observations began in 1879.

The National Weather Service office in St. Louis shared on its website that a shift in the jet stream last weekend would open the region back up to warm and humid air from the Gulf of Mexico.

The shift also was expected to increase the chance that the region would receive rain.

The best chance for rain is expected to be during the first half of this week.

Details on how much rain falls, where and when were uncertain as of late last week and would depend on smaller detailed weather patterns.

Strong winds and low relative humidity levels were expected to combine with very dry fuels to the persistent drought to create a critical fire danger across the region.

The Tennessee Valley Authority, TVA, announced on social media that because  of below-normal rainfall in the Midwest, the Mississippi River at Cairo was approaching its lowest river level since 1901.

To help stabilize commercial navigation conditions on the lower Ohio and Mississippi rivers, the TVA announced that it was  scheduling special water releases from Kentucky Dam on the Tennessee River and Barkley Dam on the Cumberland River to help low river level impacts.

To help support continued reliable water service in the Cairo area, Illinois American Water on Oct. 15 announced that it was temporarily changing its source water from the Ohio River to groundwater due to historic low river levels.

Until further notice, Illinois American Water’s Cairo District will be using groundwater supplied by a well which is an alternate source of water supply at the Cairo Water Treatment Plant.

This temporary change in water supply is necessary to support continued, uninterrupted water service in the Cairo District.

Illinois American Water said that during this temporary change, some customers may notice minor aesthetic differences in their water.

The groundwater treated from the well has an increased level of minerals as compared to surface water.  This naturally occurring mineral content can result in hard water, which can cause spots on dishes and alter the appearance of heated water.

Mike Brown, operation superintendent for the Cairo District, said in a news release: “The alternate supply was constructed to support reliable water service in the event of low Ohio River levels. Drinking water remains safe to drink and meets all drinking water standards.”

More information about Illinois American Water is available online at www.illinoisamwater.com. Customers can also call 800-422-2782 if they have questions.