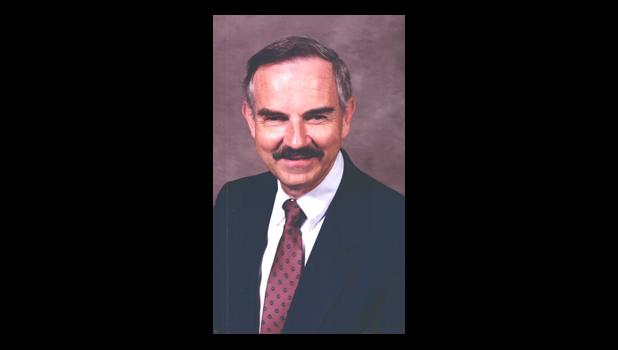 He graduated from Mounds Township High School in 1956 despite a few shenanigans.

He served in the U.S. Air Force from 1957 to 1960, including assignments in Japan, South Korea and Montgomery, Ala.

He graduated from the University of Missouri-St. Louis and worked for Monsanto for more than 30 years. He started as a lab technician in St. Peters, Mo., and then became an environmental chemist in Decatur, Ala., and finally a research chemist in St. Louis. He loved what he did professionally, and claimed that he “never worked a day in his life” because of it.

He was a ham radio operator, bowler and an avid golfer. He was a lifelong music lover (especially 1950s rock, jazz, gospel, opera and classical).

He valued learning and was a life-long learner, taking community college classes into his 70s.

He appreciated well-cooked meals, which were always plentiful thanks to Eloise, and enjoyed “breakfast with the guys” on Saturdays.

He loved the Lord Jesus Christ and faithfully served him throughout his life. He taught Sunday School to middle school boys and was ordained as a deacon in Decatur, Ala.

He taught Sunday School for more than 30 years to his men’s group at Parkway Baptist Church in Creve Coeur, Mo., where he served in many ways including the prison ministry, car clinics for single women and as a deacon.

He went to Belize on a mission trip and was changed by his time serving the people of that country.

He was humble about his gifts and talents, usually deflecting praise with self-deprecating humor. He truly felt the Lord had blessed him with it all.

In his last months, he faithfully listened to Sunday School lessons and watched Sunday worship services, which brought him great encouragement and comfort.

He was a family man first. He was a wonderful father but found the greatest joy in his grandchildren. He loved to tease and joke with them, attend their games, concerts and events, and discuss all manner of topics that interested them.

He was preceded in death by his parents; his wife; a nephew, Timothy Drew Mize; and his brother, Kenneth Clark.

His passing leaves a deep void in his family, but we rejoice in the assurance that he is with Jesus and Eloise again.

The family will host a Celebration of Life at a later time. This announcement is courtesy of Jones Funeral Home.