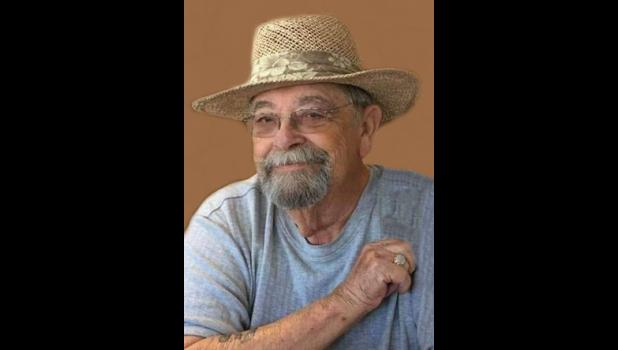 He was born on Nov. 28, 1937, in Olive Branch, the son of William Caldwell and Zelma Browning Caldwell.

Mr. Caldwell began his career in the U.S. Navy in 1955, and moved through the ranks as a flight engineer. He also served in the Reserves and the National Guard.

Mr. Caldwell retired from the U.S. Army Corps of Engineers at the Olmsted Locks and Dam. He also owned and operated Caldwell Signs from 1984 until the present.

He was a 32nd Degree Mason, a member of Caledonia Lodge 47 AF & AM, and a past Worthy Patron of the Eastern Star.

He was a proud member of the Egypt Mills Tractor Club and was a past president of the Thebes Historical Society.  He could be found every morning at the Kozy Korner.

Mr. Caldwell is survived by his children, Zac (Mary Jane) Caldwell of Cape Girardeau and Tara Caldwell of Thebes; two grandchildren, Krystal Caldwell of Greenville, Texas, and Austin (Morgan) Caldwell of Bloomington; one great-grandchild, Vivian Caldwell; his sister, Betty Walden, two nephews, Ronald (Ramona) Isom of Thebes and John (Kerry) Isom of Huntsville, Ala.; many cousins and other relatives.

He was preceded in death by his parents and wife.

Visitation will be on Sunday, July 12, from 1 p.m. to 3 p.m. at Crain Funeral Home in Tamms, followed by Masonic rites at 3 p.m. conducted by Caledonia Lodge No. 47 AF & AM and military honors conducted by area veterans and the U.S. Navy.

Interment to follow in Rose Hill Cemetery in Thebes.

Memorials can be made to the Thebes Historical Society.

Crain Funeral Home in Tamms was in charge of arrangement.