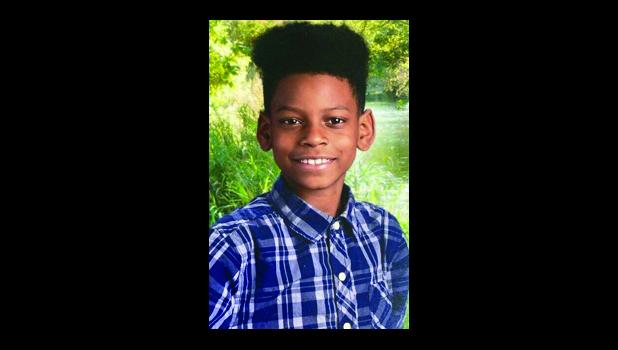 He is preceded in death by his great-grandparents, great-aunts, great-uncles and cousins.

Christian was only 11 years old, but had matured and developed very distinctively and was wise beyond his age.

He was amazing, witty, intelligent, sometimes shy, and bashful, but always humble, wise, a joker, a prankster, funny, very inquisitive, always wanted to know how to do anything and everything. He had a long list of goals that he planned to achieve.

Upon starting kindergarten, Christian also started learning how to play the piano at Skyline Academy in Marion, Illinois.

While at Carbondale Elementary he took swimming lessons.  After joining Cairo Elementary, he became a violinist with his brother Brandon and at Armstrong Elementary in Hazelwood, Missouri, he learned to play the trumpet.

Christian was a graduate of 6th Grade at Emerson Elementary School in Cairo, Illinois. He was looking forward to getting back to school, because he wanted to see what new science experiments awaited him.

Christian was never short of expectations, whether it was his or ours. He had received a letter of induction to The National Honor Society and had qualified to join National Beta Club (an organization for 4th through 12th grade students in the United States. Its purpose is “to promote the ideals of academic achievement, character, leadership and service among elementary and secondary school students) with a GPA of 3.5 or better.

He had qualified to skip a grade and yet maintain an exceptional GPA. He was ecstatic about going to Junior High School and often talked to his brother Brandon about the various electives and which ones he should take.

Christian loved to go fishing with his dad, Aaron, hanging out and taking trips with his brothers, Amarion, Gabriel, Armani and Avion, and playing video games with his friend LaMarkus.

You could catch him riding his hover board or playing basketball with his brother Brandon and their crew of friends. All of these boys, came up playing Upward basketball at Mighty Rivers.

When hanging out and making videos with his cousins and friends, Cassidy, A’Mari and Ashanti, they would spend extra time working on perfecting the latest dance.  Spending time with his best friend, Zy’keis was a past time he enjoyed as well.

He was becoming an amazing cook by helping his mom and Grandma Donna. He was learning how to drive and enjoyed his time working on car stereos with his step-dad, Anthony and creating his dream car on the internet.

He was a young man that carried himself with great character and was respected by both young and old. If you wanted an honest opinion, a conversation with Christian would guide you in the right direction.

Although his time on earth was limited, he touched the hearts of so very many people.  Christian was an amazingly smart young man with a heart of gold and was the joy of our lives, and he shall never be forgotten.

On Monday, June 22, 2020, Christian was taken suddenly from our midst and transitioned to a better place, the result of an automobile accident in Lyon County, Kentucky, at the age of 11 years, nine months and nine days.

A walk through visitation was held Friday, July 3, 2020, from 9 a.m. until 12 noon at the Mighty Rivers Worship Center Gymnasium located at 215 10th Street in Cairo, Illinois.  A private funeral service followed, with Bishop Paul Jones, officiating.

The Williams Funeral Homes of Charleston, Missouri, was in charge of arrangements.