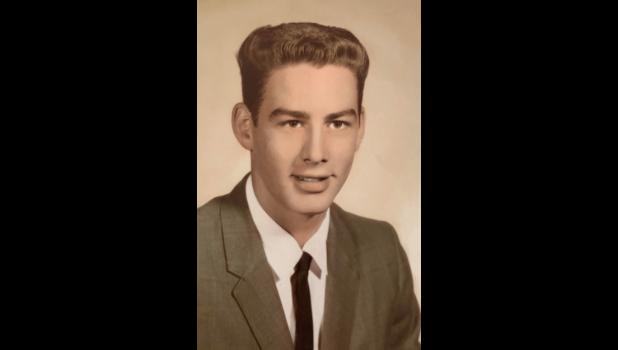 He died on Saturday, June 13, 2020, at Integrity Healthcare of Belleville in Belleville.

He was a loving husband, dad, paw paw, brother, uncle, cousin, and friend.

As a professional commercial artist and architect, Mr. Casper owned Omnibus Studio in Collinsville for decades.

Mr. Casper served on the Southwestern Illinois Planning Commission and The Tourism Bureau of Southwest Illinois.

He was active in the Collinsville community, helping the Illinois State Police headquarters based there, opening a “Rascals” themed restaurant across from Petite 4, branding Cahokia Mounds, and designing the Collinsville logo seen today on their welcome signs and water tower.

Outside of his professional life, Mr. Casper was an amazing oil painter and artist, plus a gifted musician, collector and builder.

He is fondly remembered at family holiday gatherings for having a guitar in hand and a song in his heart.

He had a lifelong infatuation with both Corvettes and Harley-Davidson motorcycles. He loved to spend weekends taking the motorhome and boat to Carlyle Lake.

In his later life, he found a second childhood living for his three grandkids, celebrating in their accomplishments, and sharing his passion for music and art.

Every friend of the family knew him as “PawPaw,” a title to which he lived to his fullest.

His favorite end to the day was eating ice cream with MowMow.

Memorials can be made to Fire Truck O’Toys at www.firetruckotoys.org or to Autism Speaks at www.autismspeaks.org.

Condolences can be made to the family at www.kasslyfuneral.com.

Services will be held at a later date due to the ongoing pandemic.

Kassly Mortuary Ltd. in Fairview Heights is in charge of arrangements.