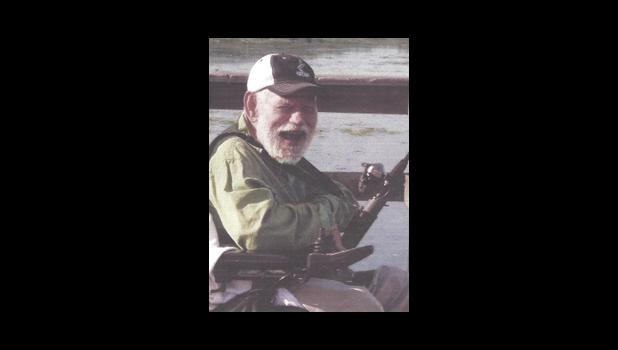 He never let his physical condition slow him down, until the physical pain became too much.

In his younger years, while living in Illinois, he was an active member of ESDA (Emergency Services Disaster Agency-Civil Defense) and the 18 Wheelers CB Club, where he was known as “Big Wheels.”  He made many friends at coffee breaks and talking on the CB.

He enjoyed working at the Challenge Center and previously at sheltered workshops in Illinois.

He moved to Superior, Wis., in 2000, where he lived with his brother and sister-in-law, Johnny and Gracie, for nine years before moving to a REM home for the past nine years.

He loved fishing, deer hunting and attending church, as long as he was physically able.

He loved teasing and being teased by his brother Johnny. He always had time for coffee with family and friends.

He realized a lifelong dream when he became an ordained minister in the Christian National Church on March 23, 2014. He prayed for and with people and officiated at two weddings.

He was an inspiration to all who were blessed to meet him and everyone will miss his laughter and positive outlook. All rejoice in knowing that he is where he longed to be.  No more pain, no more physical limitations.

He was preceded in death by his parents, J. Cecil Youngblood and Ruby J. Youngblood Tweedy; a brother, Walter Ray Youngblood; and a nephew, James C. Matuszewski.

He is survived by his stepfather, Clarence Tweedy; a  sister, Janet (Jim) Matuszewski of Wasilla, Alaska; two brothers, Johnny C. (Gracie) Youngblood of Superior, Wis., and Mark (Carla) Youngblood of Henderson, Nev.; along with many nieces and nephews.

A memorial service honoring the life of Dorse Youngblood will be conducted Saturday, Oct. 17, at 2 p.m. at McGinnis Cemetery, 5 Burns Rd., Anna. Brother Mike Shultz will officiate. Those attending the service are invited to arrive at the cemetery at 1:45 p.m. Saturday, Oct. 17.

To share a memory or to leave an online message of condolence for his family, visit www.baileyfh.com.

Bailey Funeral Home in Vienna is in charge of arrangements.