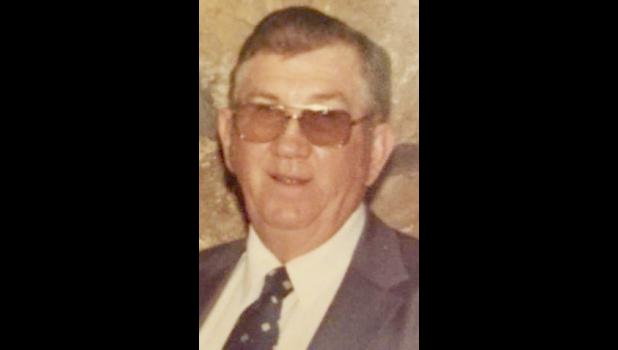 Mr. Dodd is survived by his daughter, Donna (Mark) Silvia of Texas; his grandson and two granddaughters he raised as his own, Jeremy Swartzell of Anna and Sydney and Charlotte Swartzell; sisters-in-law Helen Harris Dodd of Anna and Sue Hartline of Alto Pass; numerous nieces and nephews; other relatives and friends.

He was preceded in death by his parents; his wife, Helen Mae Dodd; two brothers, M. Joe and Gordon Dodd; and a brother-in-law, Ray Hartline.

Mr. Dodd attended Big Creek Baptist Church near Anna. He served in the U.S. Marine Corps during World War II. He participated in action against the enemy at Iwo Jima.

He was retired from Bulkmatic Transport, working many years as a truck driver. He was a life member of Carroll P. Foster Post No. 3455 of the VFW in Anna.

Funeral services were at noon Wednesday, June 30, at Rendleman & Hileman Funeral Home in Jonesboro, with LaRue Parr officiating. Interment was in the Alto Pass Cemetery.

Graveside military rites were conducted by Carroll P. Foster Post No. 3455 of the VFW in Anna and the Marine Corps funeral honor detail.

Memorials can be made to Residential Hospice or  to Carroll P. Foster Post No. 3455 of the VFW.