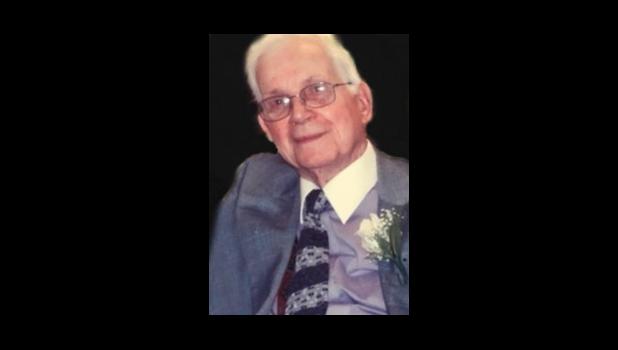 Mr. Moyers was inducted into the U.S. Army on March 2, 1943. From March 1943 to May 1944, he trained to be a soldier and also trained to be an engineer and top turret gunner on a B-26 Air Force bomber. He took gunnery training at Fort Myers, Fla., and airplane mechanic school at Goldsboro, N.C.

On May 10, 1944 he departed for England, arriving on May 20, 1944.  He joined the 9th Air Force 394th Bomb Group, 587th Bomb Squadron, in England to prepare for the D-Day Normandy invasion. Their first targets were V-weapon sites, bridges, airdromes, and gun emplacements.

They took part in the Battle of the Bulge from December 1944 to January 1945.

Mr. Moyers flew over enemy Germany for eight months. He was shot down on his 45th mission and lived with the Germans for three months.

After his service, Mr. Moyers became a certified entomologist.  He worked for Union Carbide for 17 years and was the owner and operator of Moyers Termite Control.

He also held the positon of Pulaski County circuit clerk until his retirement. Mr. Moyers also was a licensed real estate agent in Illinois and Missouri.

He always loved learning about new things. He was a lifetime member of 75-plus years at the VFW in Mounds. He was a board member of the Mounds First United Methodist Church.

He was preceded in death by his parents and by a sister, Gladys Louise Smith.

Interment followed in the Mound City National Cemetery, with military honors provided by the Illinois honor guard and local veterans.

Memorials can be made to Mounds First United Methodist Church.