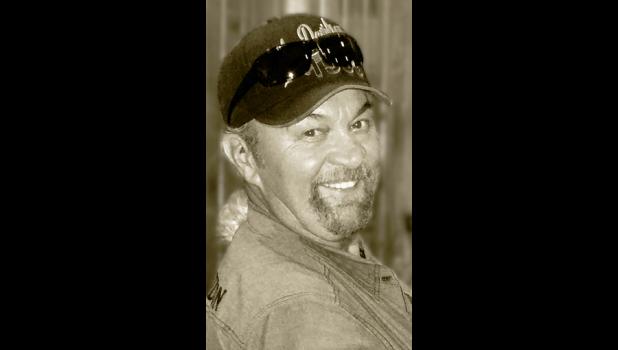 He told the filthy demon that he was taking no more of its crap and cutting off its food supply. He told it that it hadn’t won a thing, that he was going to be with His Savior, Yeshua. The demon shrieked and howled in rage, but he was undeterred. He flipped it the bird and pulled the plug.

And, being the stubborn American badass that he’d been his entire life, he let his sons take his hands one more time, Steve on his right, Gary Jr., on his left, and laughed in the shameful demon’s face for another hour and 3 minutes, before closing his eyes and riding off to hug his Mom again.

Gary launched into this world on July 5th, 1951, in Anna, Illinois, the beloved son of Bertha Mae Boomer and Herbert Coats.

He was their first child, and the cherished first grandson of the man who raised him, James Boomer, and his wonderful wife, Evelyn. Accordingly, he was spoiled completely rotten. He was mischievous and ornery, but he always had a heart of gold.

Gary was raised in Union County, and it was there that he raised quite a ruckus. He repaired and raced cars, rode his motorcycle through the halls of his High School, and played lead guitar in Rock n’ Roll bands all over the area.

He met and fell in love with a beautiful cheerleader, Donna Wills, the Homecoming Queen from his rival High School in Cobden, Illinois. They married, and had a son, Gary Lee Coats Jr.

Gary cross-trained into Vehicle Maintenance (Prime Movers), and in 1979, he and his family were stationed at Clark Air Base, Philippines. He loved life on the islands, and it was here where Gary fell forever in love with warm weather climates where he could ride his motorcycles year-round.

After his tour of the Philippines ended in March of 1982, he was transferred to F.E. Warren Air Force Base, Cheyenne, Wyoming. While he was glad to be back in the blessed United States of America, the cold weather did not agree with him, and he actively began to pursue another transfer.

Late in 1983, his wishes were granted, and he was transferred to Randolph Air Base, in San Antonio, Texas.

This required him to cross-train again, this time as a Sheet Metal Repair Specialist in Aircraft Structural Maintenance. Except for a brief return to Vehicle Maintenance at Kunsan Air Base in South Korea, from 1988-89, he would remain at Randolph until he retired from the Air Force as a Master Sergeant, in 1996.

Though he and Donna divorced in 1990, they remained very close friends for the rest of his life.

Upon retiring from the Air Force, Gary briefly enjoyed retired life, before resuming work in Civil Service, at Ft. Sam Houston, in San Antonio, before returning to Structural Maintenance, again at Randolph, before retiring for good in 2013.

Gary was a man of many talents, and he built and repaired many structures, and built & repaired many vehicles and motorcycles, for family, friends, and employers. There was seemingly nothing he couldn’t do with his skilled hands.

He lived his life to the absolute fullest, and was happiest on his annual rides to Bike Rallies in Sturgis, South Dakota, and Bike Weeks in Galveston, Texas, and Daytona, Florida.

He legendarily rode his Harley from San Antonio, through the bands of Hurricane Floyd, for a 10 day stay in the Florida Keys. No Category 4 hurricane was going to stop his party, even if he had to “ride sideways” to get there.

He loved his family, America, Harleys, Hot Rods, beer and the Blues (you can rank their order of importance based on how you knew him).

He never took life too seriously, but he loved what he loved with a passion few will ever equal. He was always up for a party, and the only thing he never seemed to do well was slow down. He packed enough life into his 71 years to last for centuries.

Born into and raised by a devout Pentecostal family, Gary finally embraced a relationship with his Lord and Savior, Yeshua Ha Mashiach (Jesus Christ,) Who, in His Infinite Love and Mercy, patiently waited for yet another prodigal to come home.

Gary knew and loved The Lord, confessed Him as The Only Son of God, and believed in his heart that God had raised Him from the dead. And the Peace of knowing Him comforted Gary in the days leading up to his going Home.

While his family is heartbroken at the thought of life on earth without him, we are comforted to know that he is finally free of the pains and shackles of this world, and is now in The Loving Arms of his Savior, and reunited with his beautiful Mom, Grandma and Grandpa. The hole in our hearts will never be healed until we are reunited with him in Heaven.