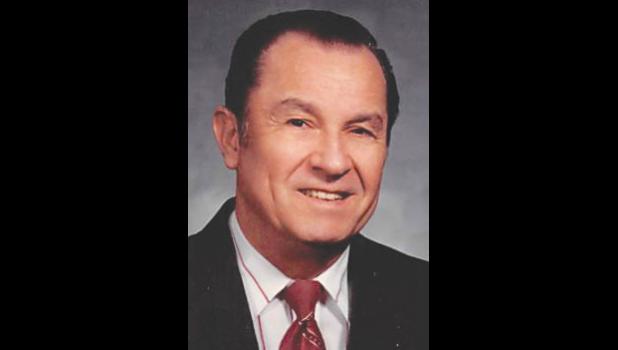 He married Jo Ann Cohlmeyer on Sept. 21, 1952, in Piggott, Arkansas and she survives in Anna.

After high school, he served two years in the 1st Cavalry Division in the Army of Occupation in Japan.

In addition to his wife he is survived by one son, Gregory Scott and wife Angie, daughter Lisa Bigler and husband John of Anna, and daughter Diane Holt of Christopher; two brothers, Glenn and wife Evelyn of Wamac, and Larry and wife Sue of Robinson; grandchildren Beau Forbes and wife Jamie of Chicago, and J.J. Forbes of Royalton, Brittany West and husband Bryan of Cypress, Christopher Lambert, Madisyn, John David and Allisyn JoAnne Bigler of Anna; and great-grandchildren, Ronan Alexander Forbes and Kaylee Solita West.

He was preceded in death his parents, Herbert and Ferne Lambert; a brother, Kenneth Lambert and wife Alvera; and a sister, Donna Skambracks and husband Herman; sisters-in-law June, Thelma and Kathryn Cohlmeyer; brothers-in-law Stanley, Robert and Raymond Cohlmeyer; and a son-in-law, Rick Holt.

He enjoyed playing softball with the Lambert Wreckers, golf with friends and former students and dancing the night away.

He retired in 1990 as superintendent at Willow Grove School after 38 years of teaching. He retired from Warren G. Murray Developmental Center in 2004 after 13 years.

Per Mr. Lambert’s wishes, cremation rites were accorded and a memorial service will be held Saturday, Aug. 6, at 5 p.m. at the Sutherland-Garnier Funeral Home in Centralia. Visitation will be Saturday, Aug. 6, from 3 p.m. to 5 p.m.

In lieu of flowers, memorials can be made to the Willow Grove Elementary School activity fund, or to the Elks or Moose Lodge in Centralia.

Sutherland-Garnier Funeral Home in Centralia is in charge of arrangements. Online condolences can be made to the family by visiting www.sutherlandfuneralhome.com.