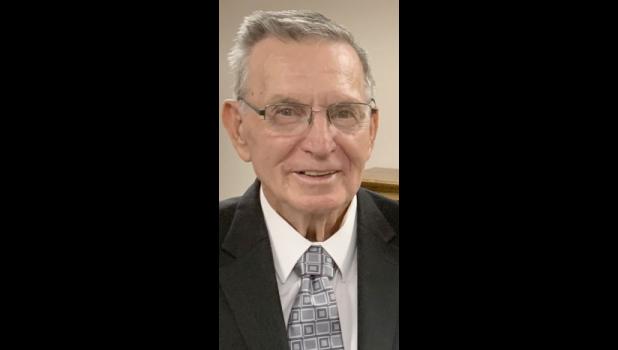 He served in the U.S. Army from 1958 to 1960.He retired from SIU as an engineer at the physical power plant.

One of the things he enjoyed doing the most was raising cattle and farming with his son, Steve.

He always looked forward to vacations in Branson and having as many family members around as possible.

He was a man who believed in prayer and would stop whatever he was doing to pray when anyone was in need. He was active in his church and participated in many roles, including  ushering, teaching classes and building and maintenance work around his church.

No matter what he was faced with, he held on to the Lord and his faith in God. He was a man who was able to maintain a positive outlook in life.

The scripture I Cor. 15:58 describes him well: “Be ye steadfast, unmoveable, always abounding in the work of the Lord, for as much as you know that your labor is not in vain in the Lord.”

He was preceded in death by his parents; his wife; brothers Billie, Jack and Bob; and one son, Steve Reynolds.

Funeral services were at noon Wednesday, Nov. 16, at the Gospel Assembly Church in Du Quoin, with the Rev. Gaylen Holden officiating.

Graveside services were held at 2 p.m. Wednesday, Nov. 16, at the Anna City Cemetery at Anna.

Burial was in the Anna City Cemetery at Anna. Military graveside rites were conducted.

Memorials can be made to the Gospel Assembly Church in Du Quoin and will be accepted at the funeral home.

Searby Funeral Home in Du Quoin was in charge of arrangements.

For additional information or to sign the memorial guest register, visit www.searbyfuneralhomes.com.