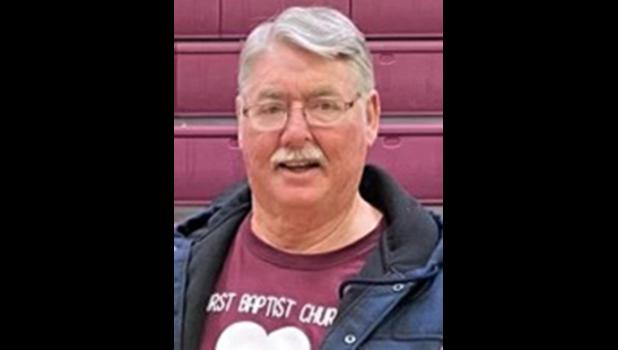 He married Rosanne Black on April 6, 1968, in Orangeville.

He was preceded in death by his parents; a sister, Margaret (Gerald) Dexter; and a brother, Charles Lee Smith.

He was a longtime member of the First Baptist Church in Cobden. He enjoyed meeting and greeting many different members throughout the years. He instigated and joined the many activities.

He was drafted in the U.S. Army and served in Vietnam, which affected him all his life. He developed a great love for this country and honored the American flag to the fullest.

He was employed as a policeman for six years in Freeport and then returned with his family to remain in Cobden.

His greatest love was being a 1964 Cobden Appleknocker basketball champion. Losing to Pekin was difficult, but the team found out the whole town was still appreciative.

He spent 24 years at the Marion Federal Prison, serving in various levels. He had many good and unusual situations during those years, and enjoyed visiting with people to tell the stories.

He had two furry friends the last three years that gave him much love and enjoyment.

He and his wife spent 13 years full-time RVing, sometimes with friends and family, and other times alone. It was a time of great experiences. He loves his family and was always ready to return home to them.

Through all this, his love for Jesus Christ never failed and he now resides in Heaven, waiting for Rose, the love of his life.

Funeral services were at 2 p.m. Friday, Nov. 5, at the First Baptist Church in Cobden, with Pastor Ed Falgout, the Rev. Dewayne Taylor and Pastor Matt Hartline officiating. Interment was in Cobden Cemetery.

Memorials can be made to Shriners Hospitals.