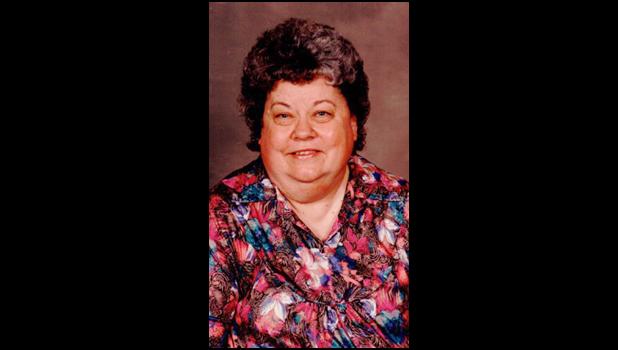 She was born on Oct. 30, 1933, in Trigg County, Ky., the daughter of William Wendell and Ruth Reynolds Hillman.

Mrs. Shelton was a 1951 graduate of Trigg County High School. During her high school years she was a drum majorette, football queen attendant, class cheerleader, sales manager, class program chairman and a member of the Girls Glee Club and Future Homemakers of America.

It was during a school event that she met the love of her life, John.

After graduating from high school, she worked as a secretary for the Trigg County School system in Cadiz, Ky.

After she and John were married, she was a dedicated homemaker, kept an immaculate home, was an excellent seamstress and a phenomenal cook.

John and Margaret grew a huge garden together and they canned and froze produce.

She was a den mother of her son’s Cub Scout den during the 1970s. From 1980 until 1990, Mrs. Shelton, along with her husband and daughter, Deborah, were the primary caregiver for her handicapped granddaughter, Jackie Bauer.

Mrs. Shelton was an active member of the Anna Church of Christ, where her husband served as minister until he retired in 2000.

Throughout her years there, she kept attendance records for the church, taught Bible School classes and oversaw refreshments for Vacation Bible School.

For the past 26 years, she had mailed correspondence and bulletins to those who were unable to attend services. She was known for her care and concern, often including hand-written, personal notes with her church mailings.

One of the greatest joys in her life was spending time with her children and grandchildren, who lovingly referred to her as MeMa.

Memorials can be made to the Anna Church of Christ or to the American Diabetes Association and will be accepted at the funeral home.