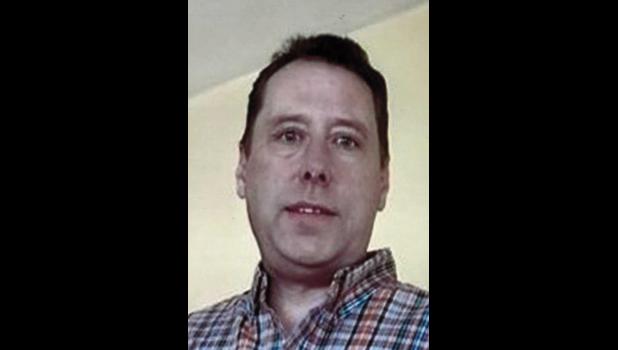 He is survived by his daughter, Kaitlyn Rae Holbrook of Salem; his mother, Dianne Morrison of Anna; his father, Dennis Barry Holbrook of Murphysboro; two sisters, Heather Holbrook of Milwaukee, Wis., and Shannon Jauch of Springfield; an uncle, Tim Morrison and fiancee, Shelby of Cobden; an aunt, Deborah (Buzz) Crowell of Anna; nieces and nephews; best friends Dean Bernhard and Todd Lasley; special friend Tasha Simmerman; other relatives and many friends.

He enjoyed the outdoors, arrowhead, morel and ginseng hunting were a few of his favorites. He served in the U.S. Army Special Forces, serving two tours of duty overseas. Finally ranked as E6 staff sergeant after five years and nine months of service, a rank of this level is highly marked in such a short time. His military occupational specialty was 67U3C0, medium helicopter repair.

Shawn loved his sisters and was very proud of his family. His daughter Kaitlyn decided to follow in her father’s footsteps and join the U.S. Army as well; currently, she is stationed at Fort Jackson, South Carolina, for basic training.

How does one recover from war? Many don’t. Not fully. As noted from his ranking, Shawn was wicked smart. Many years ago, Shawn was diagnosed with PTSD, which is a very real struggle for many of our nations Veterans. PTSD led to one addiction after another. Many people have a misconception of addiction, and the struggles one endures when the demon latches on to their back. Heroin is a beast and Shawn did not seek out to be an addict, but many things led to that and he left all his fight on the battle field in Desert Storm, fighting for our freedom. The beast won this particular war, but the fight is far from over.

We are all faced with challenges every day and it is our choice how we deal with those in the beginning. However, after one bad choice that takes us down the path of destruction, we don’t always have the choice to turn back around. It doesn’t make us weak, or bad, but it ensures that we are all human.

The purpose of this obituary is not to excuse Shawn from anything he has ever done, but to promote awareness and education not only for addiction, but heroin addiction. Please as you read this, take a mental note of anyone you know struggling from addiction. We all know someone. They need help and support, not to enable but to fight, as sometimes the demons are too strong for them to fight alone. Please pray for his family as they say their goodbyes, remember the good times and lay him to rest peacefully.

Funeral services for Mr. Shawn Reed Holbrook were at 1 p.m. Wednesday, Aug. 3, at Rendleman & Hileman Funeral Home in Anna. Interement was in the Anna City Cemetery. Graveside military rites were conducted by the Carroll P. Foster Post No. 3455 of the VFW in Anna and the Illinois Army National Guard military honors team of Marion.

Memorials can be made to Rendleman & Hileman Funeral Home to assist the family with expenses.

To leave online condolences for the family visit www.rendlemanhilemanfh.com.