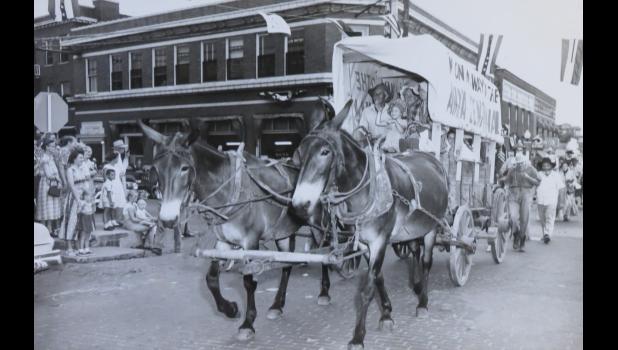 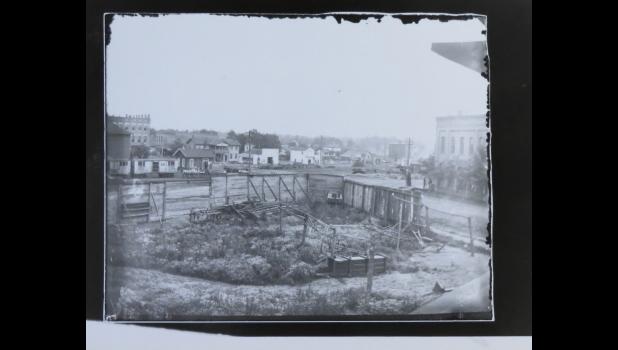 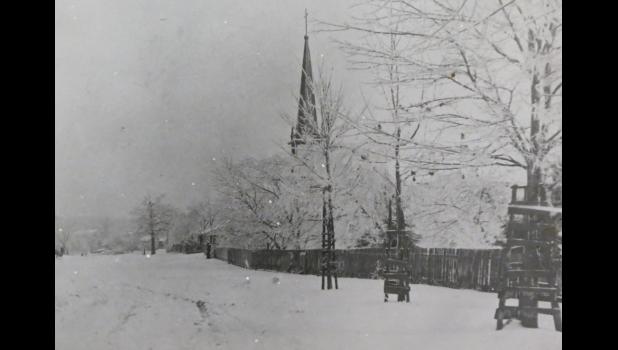 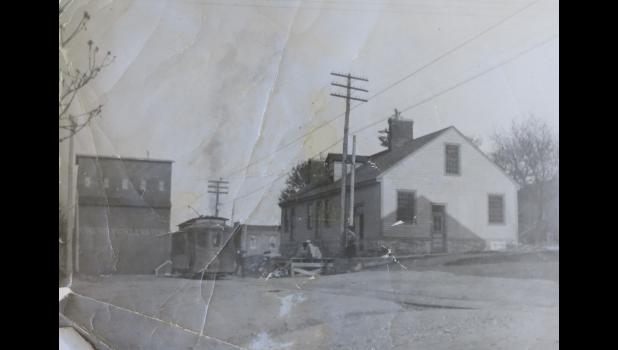 Finding a box filled with treasures...

One just never knows what one might find when a clean up project starts...

...such was the story last week at The Paragraph Factory. During a bit of cleaning up and sorting, folks came across a box filled with a whole bunch of old photographs, a veritable plethora of pictures. Some other treasures were discovered, too.

Yours truly decided that we would share some of the photographs with you folks. And, so we will. When the mood strikes, I’ll pic one, or two, or three, or however many, of the pics for your viewing pleasure.

The photos which you are seeing this week were in a manila folder. “Miscellaneous” had been carefully hand-written on the folder’s tab.

One of the other treasures discovered in the box was a 35-page booklet. The front cover of the booklet read: “Union County Teachers’ Institute. August 15-19, 1904. Anna, Illinois.” For being 114 years old, the booklet is in remarkably good shape. As near as I can tell, the booklet is kind of a transcript of what happened at the institute.

Before we go any further, let me just say that yours truly did not attend the Union County Teachers’ Institute in 1904. I’ve been doing this for a long time. Just not that long.

At the time, Union County had more schools...lots more schools. The schools had names like Hoffner and Fly and Meisenheimer and Hess and Little Creek and Nimmo, along with the more familiar names, like Anna and Cobden and Alto Pass...yup, Alto Pass.

Subjects which were covered during the institute, which ran from Monday through Friday, included “Reading, Writing, Language and Arithmetic,” with attention given to how those in attendance were “keeping up with the modern methods of teaching.”

The institute was called to order “at around 9:00 a.m.” on Monday by the county superintendent of schools. “The teachers sang ‘Suwanee River’.” Shortly after the singing, Prof. Davis of Carbondale was introduced and took up the subject of Arithmetic. Since math has never been my favorite subject, especially if it starts with a capital letter, I skipped Prof. Davis’s presentation.

After a RECESS (really), Prof. Van Cleve, from somewhere, who came to Union County by train, talked about Language. “What is the first thing we wish to do when the child enters school? Get him to talk,” Prof. Van Cleve declared. Then, or so it appeared, Prof. Van Cleve used Language To Talk For A While.

Following another RECESS, Prof. Davis addressed the teachers on the subject of Spelling. “One of the things that I want to impress upon you is to learn to put the proper letters in the proper place,” rPfo. visaD dais. Hmmm. Guess he was right about that. Prof. VanCleve then “took up the subject of Reading.”

Following a NOON break, Prof. VanCleve was back at it. He tried to get the teachers to sing again. “The teachers all sang or tried to sing.”

After the music, Geography was taken up by Prof. Davis. “He urged the teachers to study the beautiful panoramic views in Union county, especially those around Alto Pass.” Sound advice, even after 114 years.

RECESS was followed by a talk about agriculture by Prof. Davis. “There are people who are inclined to look down upon those who have to work,” he said. “If you please there are people who look upon agriculture as something that is not ennobling. All such thoughts as this should be kept out of the child’s mind.” Wise words indeed.

On Tuesday at the institute, Prof. VanCleve shared some observations that included “Americans use the fewest words possible.” This was before talk radio. He then instructed the teachers in Orthography, which came in handy for those who went into orthopedics.

Prof. VanCleve addressed a crucial topic on Wednesday. The session, by the way “was opened, as usual, by music.” The professor suggested, during a talk about Language, “that girls should not be permitted to wear their hats in the school room.” Can’t image what wearing hats had to do with Language. Maybe back in 1904 it was harder to use Language if you were wearing a hat. And you happened to be a girl.

The professor did have some good things to say about Reading: “The first thing to do is to get good books into the schools, then get the children to love to read them.” Wise words, indeed.

Friday’s session at the institute was highlighted by some very important words of wisdom which were shared by Prof. Davis, who was talking about Spelling.

“Good words may be found in the daily papers...and your county papers. They will contain a number of words that will be good ones.” Amen, professor. I’m hoping that you are reading at least a few “good ones” right now.

For whatever it’s worth, one of the final things on the institute’s program was “an experimental demonstration of wireless telegraphy” by Prof. Davis. Don’t know about “wireless telegraphy”? Look it up on Google. (I did. There were 1.75 million results.)

Well, enough of a visit to 1904. Next time, maybe, we’ll take a look at another little treasure which turned up during the clean up at The Paragraph Factory...

...another booklet...titled “Protection in the Nuclear Age,” in which we read: “In this uneasy age in which we live, strife abounds in many troubled parts of the world.” Thank goodness things are so much better now...