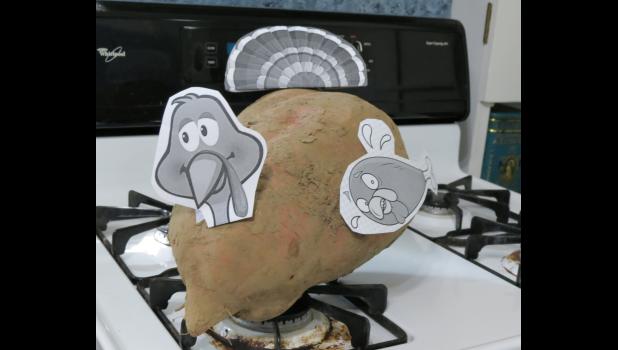 A note to all of you fans of the St. Louis Cardinals: check out the tribute to Adam Wainwright written by Sports Illustrated’s Joan Niesen. You can probably find the article online.

Speaking of the Cardinals...another tough season pretty much came to an end last Saturday, thanks to the Los Angeles Dodgers.

Seems like it would make sense that Los Angeles would keep jabbing needles into a voodoo doll that wears a name tag that reads “St. Louis.” Think about it. The Dodgers win, and the Cardinals are out of the playoffs.

Then there are the Rams. You remember them. The Rams used to be in St. Louis. Where they won a Super Bowl.

Then, one day, the Rams decided to go back to Los Angeles, where they used to call home, before they moved to St. Louis. For money. In the meantime, the Rams were really, really, really bad. For a long, long, long time.

The owner of the Rams, who has lots and lots and lots of money, and doesn’t seem to say much about anything, decided to move the Rams back to Los Angeles. For money.

Now, for whatever it’s worth, the Rams are pretty good. I watched them play for a while last Thursday night. They scored lots of points. They kinda reminded me of the Rams who won the Super Bowl. It hurt a little bit to watch them, to tell you the truth.

From what I’ve seen and heard and read, the Rams seem to be doing OK in Los Angeles. Other than they can’t seem to fill their stadium. Maybe when they move into their new, gazillion-dollar playground, things will be better.

Of course, the Dodgers didn’t break the hearts of Cardinals fans all by themselves. They had some help from our good buddies, the Chicago Cubs.

There. Are all of you Cubs fans happy now? By the way, you folks might want to start making your plans now for the 2123, ‘cause based on past experience, that’s probably going to be the next time the Cubs will win the World Series.

Enough about sports. Let’s move onto something that matters.

Like a sweet potato that weighs almost as much as a small Thanksgiving turkey. Really.

As you may recall, The Other Half likes to garden. She runs a small farm operation in our little corner of the world. This year, the farm has been doing pretty well. Better than last year.

Last year, the rain pretty much stopped at a crucial time. Lack of rain meant that the crops in her garden did not do well. Mosquitoes, on the other hand, somehow managed to thrive. And found her every time she wandered into the garden.

This year, as we all know, the rain did not stop. Apparently, that was a good thing for sweet potatoes. So good, as a matter of fact, that The Other Half harvested a sweet potato that weighed in at...

We got to wondering if such a titanic tater would be some sort of record. Apparently not. Based on what we found online, the world record for a sweet potato is something like 81 pounds. A sweet potato that size would have fed all of the Pilgrims and their Native American  guests back at the first Thanksgiving.

A sweet potato that weighs almost 14 pounds is as big as a small turkey. And that got me to thinking. Which is never a good thing. And that explains the picture you see this week. At some point, we’ll find out how long it takes to bake the turkey tater.

In case you are wondering, the big sweet potato was grown in a garden which is right next to the “local farm pond” where every big fish of any kind that has ever been caught in Union County was caught.

Just to wrap things up for this week: the big ol’ sweet tater was one of the good things that came out The Other Half’s garden during the past week.

A not-so-good thing involved an angry yellow jacket, who apparently decided that he didn’t like The Other Half digging around in the dirt where he and his buddies called home. Thank goodness, only one of ‘em got upset. She’s doing fine, by the way...