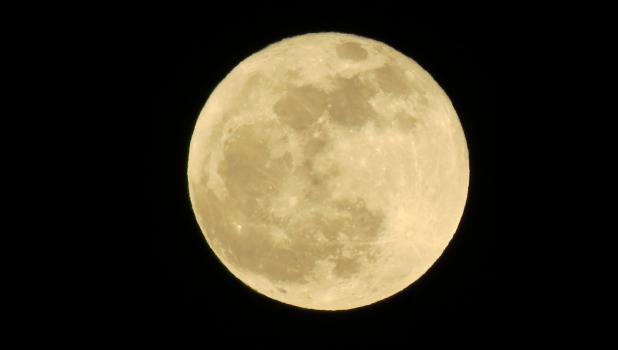 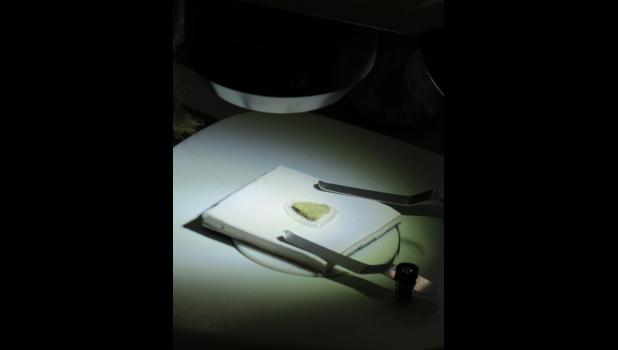 From the moon to South Main Street in Anna...

Last Saturday night, I stepped out in our front yard to take a look at the moon. Did the same thing Sunday night.

By Sunday night, a full moon was shining bright in a clear October sky. At one point on Saturday night, a wisp of a cloud appeared near the moon, creating a bit of a ghost-like image. A harbinger of Halloween, which is only a couple of weeks away.

(Allow me to digress for a moment...Halloween’s imminent arrival means that Thanksgiving isn’t all that far away...and then Christmas...goodness...the year is going by quickly...)

My moon watching last weekend came with a new appreciation for that bright light in the night sky. I think that’s because I had a chance to actually touch a slice of the moon last Friday morning. Right here in Union County. On planet Earth.

Stinson Memorial Library in Anna hosted a visit by members of the outreach program staff at the Adler Planetarium in Chicago.

The event, which was attended by a lot of folks, of all ages, on a gray, cool and rainy autumn morning, featured an opportunity to get an up close look at a couple of tiny slices of rock which came from the moon. Mars, too.

Quite honestly, I’ve been just a bit fascinated with things from space...and in space...since I was a kid, which was a really, really long time ago.

As was the case with lots of Americans back in the day, I watched in fascination when astronauts rocketed into space to begin adventures which seemed to come straight out of science fiction novels.

Matter of fact, one of the first science fiction novels I read was “The War of the Worlds,” which was written by an English author named H.G. Wells back in 1897. (Maybe I liked the book ‘cause Mr. Wells and yours truly shared the same first two initials.)

Back in the ‘60s (1960s folks, not the 1860s), we watched in school when John Glenn became the first American to orbit the Earth, an achievement which came in the midst of the Cold War and the nation’s effort to beat the Soviet Union at something which came to be called the Space Race.

America, of course, “won” the race when we landed two astronauts on the moon...50 years ago this summer. Those of us who had to stay here on the planet were able to watch the historic occasion on television. I got to see it in black and white...we didn’t have a color television.

As a kid, I actually wrote a letter to one of the American astronauts. A friend in school said you could do such a thing. So, I did. Even received a response...a letter...signed by the hero himself. Well, there was a signature on the letter, so I assumed he signed it. Sadly, the letter disappeared in the midst of numerous moves. We moved a lot when I was a kid. Never got to the moon, though.

As a big kid, I applied to participate in a journalist in space program. Figured that would be about as close as I would ever get to the moon. Got a a nice certificate, which has not been lost in the midst of a move.

Last Friday’s program at Stinson Memorial Library allowed a big kid who was excited about space to do something very special...to actually touch a piece of rock from the moon.

(I believe the folks from the planetarium said the moon rock was about 4 billion years old. Goodness. As you know, I have an interest in old rocks. Of the Earthly variety. With fossils in them. Don’t know if there are any fossils on the moon.)

Truth be told, I wasn’t the only one excited about such an opportunity. A fair number of other big kids came to the library...and touched the moon rock. With the help of a microscope, folks could even get a up-close look at the treasures from the heavens.

Even better, though, there were lots of young folks who came to be a part of the experience. They were able to take a look at a slice of rock from the moon, and from the planet Mars. They could touch the rocks, too.

Maybe the opportunity to touch a piece of the moon will be the first step for a young girl, or boy, who will go on to study science...astronomy...the universe...become an astronaut...go the moon...or, just maybe, Mars.