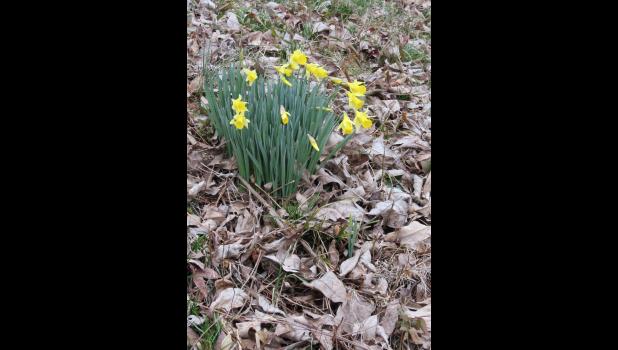 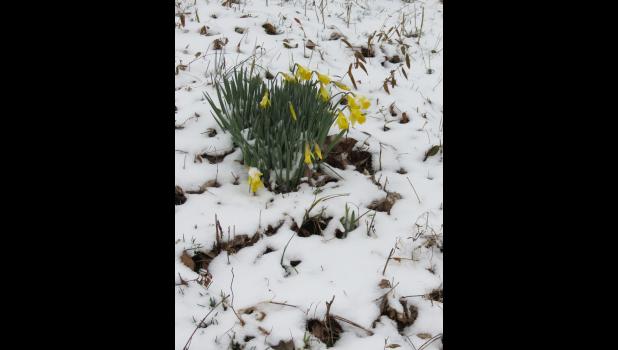 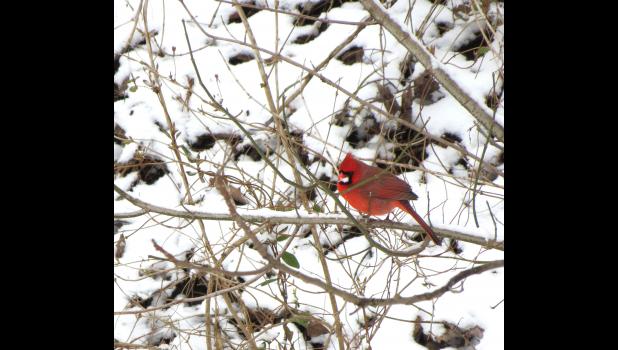 Thank you for taking the time to read this letter. Let me begin by asking: Do you have a calendar in front of you? Did you know that it is March in Southern Illinois?

I ask these questions because when I was motoring to The Paragraph Factory early Monday morning, I happened  to see an electronic sign at a financial institution in Anna which advised me that the temperature was 11 degrees.

Mr. Winter, I’m not sure what spring is like at the North Pole. From what I understand, things are generally getting a little warmer in your frozen neck of the woods.

However, March in Southern Illinois is supposed to mean that the world outside our front door is starting to warm up. We should be thinking about seeing if the lawn mower will start again.

I guess we should have known what was coming when you paid us a visit in November. November, by the way, is one of the months of autumn in Southern Illinois. That’s why we were a bit confused when snow covered the ground in the middle of November. Oh, well, at least you didn’t make it snow on Halloween, like you did one time a number of years ago in our little corner of the world.

December wasn’t too bad. On a personal note, we were grateful that you didn’t share a blizzard with us when we had a couple of visitors for Christmas, like you did four or five years ago.

January, February were pretty disappointing, to tell you the truth. March doesn’t seem to be starting much better. Seems like March came in like a polar bear, or at least a rather chilly lion.

Once again this winter, you also decided to share the Polar Vortex with us. We could have done without that little adventure. And things have been so wet. Rain, rain and more rain. For some of our friends and neighbors, it’s bad enough that they have to deal with flooding. Again. Now, they have to put up with frozen flooding.

At least you were kind enough to share some sunshine with us on Monday. You’ve been pretty selfish in that department for the past month or two. If I didn’t want any sunshine, I’d moved to Seattle and become a Seahawks fan.

I did manage to get some pictures of a local high school baseball team which was able to practice outdoors one afternoon last week. Guess you didn’t like that much, ‘cause two days later there were icicles hanging on the team’s dugout.

I suppose there are some good things about 11-degree weather and another round of snow fall in March. Don’t have to worry about that lawn mower thing that I mentioned earlier. Can’t even see the lawn, as a matter of fact. Speaking of lawn mowers, do you ever have to cut grass at the North Pole. If so, where do you get your lawn mowers? I may need a new one this year.

I guess it all comes down to this: We’ve had enough of snow, cold, freezing rain, ice pellets, the Polar Vortex, wind chills that are 20 or 30 degrees below zero, special weather statements, hazardous weather outlooks, winter weather advisories, winter storm watches, winter storm warnings and all the rest of such stuff.

Let me close by sharing an item that a former scribe at The Paragaph Factory gave to me a few years ago, during another one of your special visits. The item is a cartoon, with a message that reads: “The air hurts my face. Why am I living where the air hurts my face?” Mr. Winter, I don’t want the air to hurt my face anymore.

I’ll close by hoping that you have a nice spring, summer and fall. Here’s hoping that we don’t see each other again...for a long, long time.

Thank you again, Mr. Winter, for taking the time to read this letter. I would have emailed the letter to you, but my computer froze.