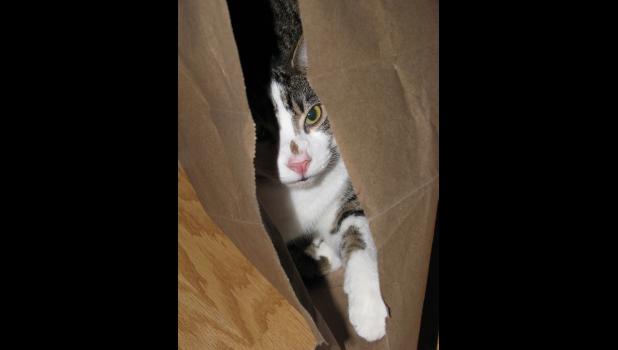 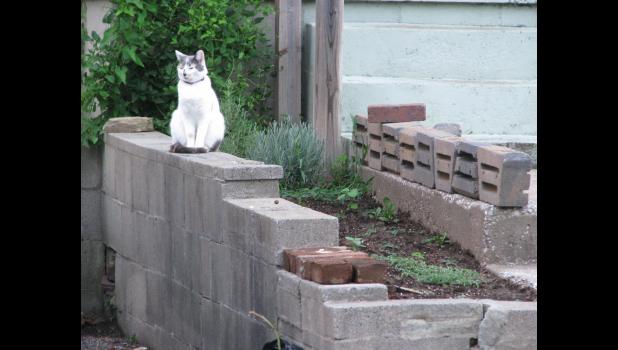 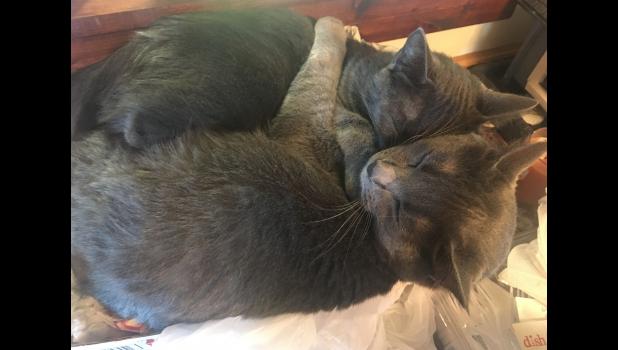 Please read this...Finally, a reason, or two, to love...like cats

Finally. A reason for yours truly to love cats. Or, to at least tolerate them. Even Bob. Maybe...

Actually, I might have two reasons to tolerate felines. First of all: did you know that Aug. 8 was International Cat Day.

Yup. And I missed it. Maybe I missed all of the International Cat Day commercials on television. By the way, have Christmas ads started yet?

Information about International Cat Day came in the form of a "media alert" from a humane society in another Midwestern state.

Here at The Paragraph Factory, we receive many valuable "media alerts," which also can be called "news releases" or "press releases." The value of such items cannot be understated. Or, maybe it can...

The "media alert" about International Cat Day opened with an urgent, and not unexpected message: "Don't pro-cat-stinate." Get it? "Pro-cat-stitnate." Hah, hah, hah. The humane society was pushing the adoption of cats in honor of the Aug. 8 observance.

"Curious as to what makes cats great companions?" the "media alert" asked. No, I thought. There was an answer anyway. "Check out these five feline fun facts." I did. And now, you will, too (well, if you continue reading).

"Frisky and Fun: Cats are more than capable of entertaining themselves with toys, boxes, drawers and the like." "The like" meaning rolls of toilet paper and paper towels, which, in our case, Bob joyfully shreds into a billion tiny pieces. He then runs and hides.

"Quick Learners: A cat's brain is more similar to a human brain than it is to a dog's. Both humans and cats have identical regions in their brains that are responsible for emotions." Right.

"Easy to Train: Most cats are easy to litter box train and can figure out how to use it with very little instruction, so pet parents can rest easy knowing their cat has it under control." Except for our cats, which seem to take great joy in "missing" the litter box when The Other Half is gone for a few days, meaning that you know who has to clean up the you know what.

"Clean Freaks: Cats can bathe themselves, which means one less chore and more time for cuddles on the couch." Or, shredding the couch with nice, sharp claws, which is why we have a newly restored couch. Well, that and the couch was pretty old.

"Independent Streak: Cats are naturally independent and require little supervision, making them ideal for pet parents who are out of the house for large parts of the day." Unless, of course, you happen to leave the aforementioned toilet paper and paper towels somewhere that Bob can find them.

One other reason to tolerate cats surfaced during the past week or so and involved the St. Louis Cardinals, my favorite baseball team.

The Cardinals pretty much had been muddling their way through the 2017 baseball season until August 9, when the Rally Cat made its appearance at Busch Stadium.

Maybe you've seen, or heard, the story. After the Rally Cat showed up when St. Louis was playing against the visiting Atlanta Braves. The Rally Cat, which apparently has achieved legendary status in record time, wandered around center field at the stadium, apparently looking for a clean litter box or a couch to shred.

The Rally Cat was nabbed by a stadium grounds keeper. The grounds keeper apparently was not a cat person, 'cause he sure didn't know to nab a crazy feline. (By the scruff of the neck. Ignore the evil eye you will surely get from the cat.)

Boosted by the spirit of the Rally Cat, the Cardinals went on a bit of a winning streak and got themselves back into a pennant race which involves some team from Chicago, I think.

Now, a Rally Cat appreciation day is being planned on Sept. 10 at Busch Stadium. I am hoping that by Sept. 10, the Cardinals will be in first place and on their way to another postseason appearance, 'cause I really missed that experience last year. Here's hoping there will be a clean litter box and some kitty treats at Busch Stadium on Sept. 10.

Looking ahead: have fun on eclipse day and at the Union County Fair in Anna. Eclipse day, in case you didn't know, is next Monday. The fair starts this weekend at the city park in Anna. 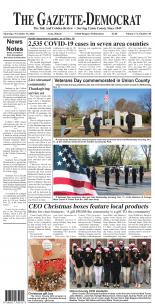