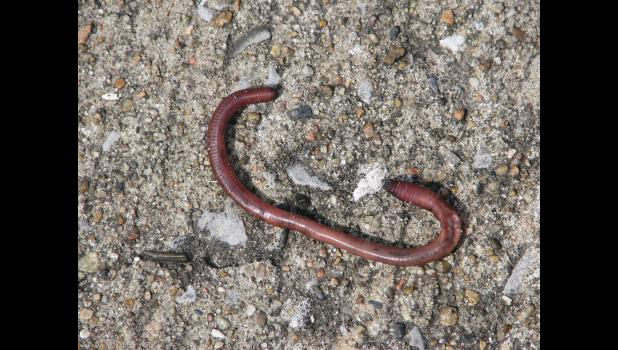 A fellow traveler on The Journey Through Life passed through The Paragraph Factory one morning last week and mentioned something about how this space often features pictures of various critters – but there are never any critter recipes.

Well, dear readers, this week we shall remedy that situation. Maybe you'll get an idea or two for your Memorial Day grilling.

During The Journey Through Life, yours truly has been fortunate, if that is the right word, to have enjoyed all sorts of what might seem like unusual culinary treats – shark (and various other members of the finny tribe), turtle, rattlesnake, frog legs, antelope, venison, buffalo, Rocky Mountain oysters, rabbit (the wild variety), squirrel and even shrimp on the barbie. They all tasted like chicken.

(The shrimp on the barbie might not seem all that exotic, but the locale might have been, since the treat was served in Australia.)

With the comment about recipes fresh in my mind, I immediately headed to the internet and Google to do some research. Or, as those of us engaged in creating fake news call it – research.

The research turned up about 48 billion results for weird, strange and unusual wild game recipes.

One site your intrepid journalist visited online was called cdkitchen – "it's what's cooking online!" The exclamation mark, and the use of all lower case letters, made the site seem pretty legitimate.

The ingredients for that last one, Baked Possum, included whiskey, celery, sweet potatoes, possum, beer, Tabasco sauce, salt, onions, garlic and Worcestershire sauce. You throw away everything except the whiskey and beer, set them aside, go to the store to get some chicken nuggets and potato salad, come back home, eat dinner.

The research for this colyum also took me to the Outdoor Life website, which would seem like a pretty reliable source. The website featured an article headlined: "Dare You To Eat This: Weird Wild Game." The article was the work of Outdoor Life "digital guru" Alex Robinson.

In a word, the headline which accompanied the article was, well, on target. Some of the "weird wild game" which Robinson wrote about included coyote, deer blood, deer heart, squirrel brain, rook pie, fish cheeks, eelpout, earthworms and dropped fowl.

Robinson shared the following tasty nuggets about some of those special treats, which I hope he doesn't mind me using:

Eelpout: "Also known as burbot or freshwater cod, eelpout are regularly eaten in Minnesota. They're bottom feeders and by no means the most attractive looking fish in the lake, but they taste pretty good when they're cubed and served as nuggets."

Earthworms: "Most outdoorsmen are more likely to use worms for bait than dinner, but think twice before you toss out your crawlers. More and more people are experimenting with eating bugs and many times worms are on the top of the menu. They're high in protein and can be found in your very own backyard."

Squirrel Brain: "Squirrel brains are a regional delicacy in Kentucky. But adventurous eaters beware: in the late 90s scientists warned that eating squirrel brains could be linked to a rare form of mad cow disease in humans. I think I'll pass on this one."

Dropped Fowl: "This dish is common in Kentucky and calls for hanging a duck (or chicken) by the neck to age. How do you know when it's done? The fowl is ripe when the weight of the carcass makes it fall off the head, earning the dish its appetizing name.

Just in case you want to have something special for Memorial Day, here's a nifty recipe that was included in the "Dare You to Eat This" article:

1 cup half n half or milk

Cut snake into 3-inch sections and place in a large baking dish. Cover with cream or milk and add the mushrooms, limes, basil, pepper and rosemary. Cover tightly. Bake in 300 degree oven for 60 to 70 minutes or until done. Put rattlesnake in bun and top with chili, cheese, and diced onions. Get creative! Add your favorite hot dog toppings.

Bony appetite...that's Southern French for time to chow down...

The bottom line for all these possible goodies is how they taste. And I'm guessing that each and every one of them tastes like chicken.