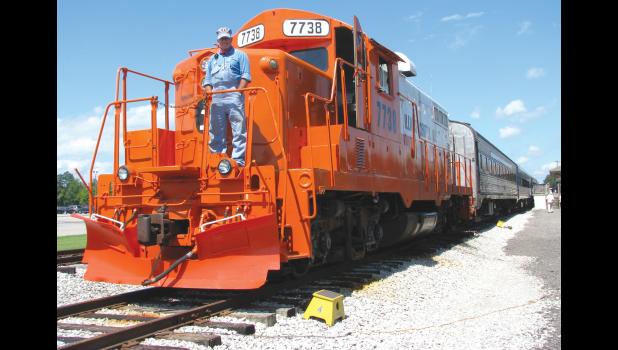 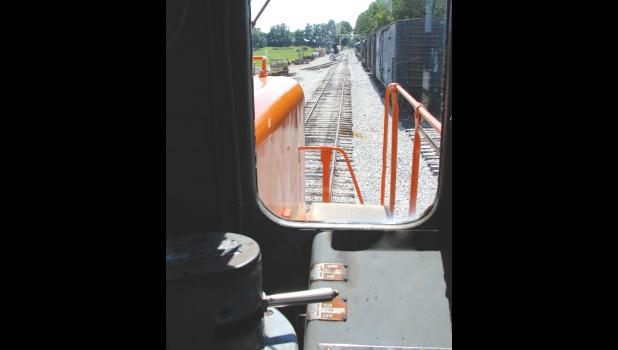 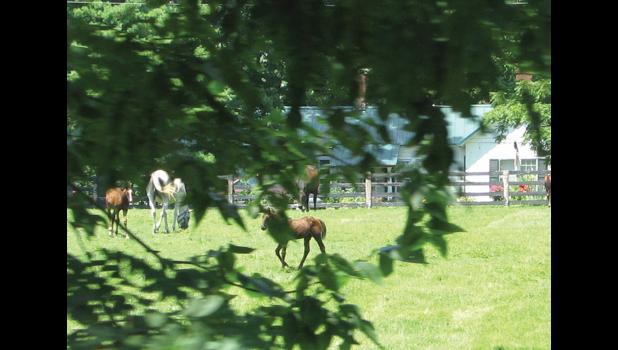 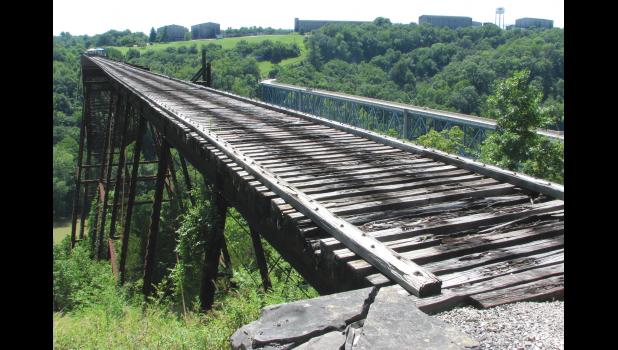 Never, ever, did I think I would find myself where I found myself. OK. Maybe that's just a little bit dramatic.

During the weekend of July 15, 16 and 17, The Other Half and yours truly made another one of our journeys to Kaintuck. We were on a mission, of sorts, but it was a fun sort of mission. A little on the hot side, though.

On the Saturday while we were in Kaintuck, we decided to pay a visit to the Bluegrass Scenic Railroad and Museum, which is in Versailles.

Versailles is not far, as the crow flies, from Lexington, where we were staying. That being said, we didn't have access to Flying Crow Airlines, so we drove to Versailles, instead.

And Versailles, by the way, is pronounced something like "vur sales." Not "vur sigh," like you would hear in France. I think.

Do not ask me why Versailles is pronounced the way it is. It would be like asking why those of us in Little Egypt pronounce Vienna the way we pronounce it. Or Cairo. Or Eldorado. Or Beaucoup, as in that creek up near Pinckneyville. There truly is no rhyme or reason to any of this.

We did not have a discussion about pronunciations during our visit to Versailles. We did, however, enjoy an excursion on a real, live, genuine train.

The train ride was offered at the aforementioned Bluegrass Scenic Railroad and Museum. The mission of the museum, as explained in a handy-dandy little pamphlet I picked up, is "to educate the general public and stimulate interest in railroading."

The museum, which is run entirely by volunteers, works to "preserve and display artifacts of early railroading and provide an interactive historic railroad experience."

Our interactive railroad experience involved a 90-minute journey about 11 miles long, from the museum to "the end of the line," the Young's High Bridge, which towers over the Kentucky River. The train stops just as it arrives at the bridge, which is closed.

The train's locomotive, by the way, is painted in the bright orange and white colors of the Illinois Central Gulf Railroad. I couldn't help but think that the locomotive, number 7738, just might have rolled through Union County back in the day.

The tales which were shared by museum volunteers during the journey and the music (including "The City of New Orleans") which was played on a sound system in our restored (and air-conditioned) passenger coach, combined to evoke a magical past. Quite honestly, the gentle ride was almost calm enough for a nap – but then we might have missed something.

As the train rolled from the bridge back to the station at the museum in Versailles, those in the passenger car were asked to join in the singing of a song which itself is part of our nation's rich history and heritage. Perhaps you've heard the song, once or twice. The words go something like..."I've been working on the railroad..."

Go ahead. You know the words to the song...