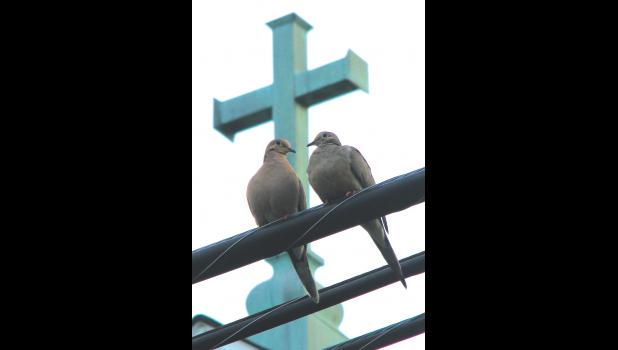 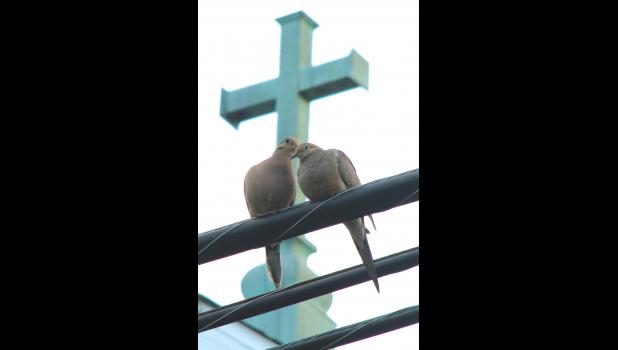 This originally was going to be about Pokemon Go. What, you say? You've never heard of Pokemon Go. Good. That is very, very good.

If I understand it correctly, Pokemon Go is some sort of 21st century smartphone craziness which causes people to forget the world around them and, in essence, become digital zombies.

To be honest with you, I do not understand all of the excitement. Then again, I'm still trying to figure out if that rock and roll music thing is going to stick around. Probably not.

This week, I thought I would share a picture of a couple of love birds.

Well, they are birds. Doves, I think. I can't be too sure about such things. One time, many years ago, I was at an event which involved the outdoors. I was just trying to help out. Be a nice guy.

My role at the event pretty much involved sitting in a booth and trying to answer questions about some of the items in the booth. Those items included displays created by a fellow traveler on the Journey Through Life who happened to be a taxidermist.

Anyway, a person happened to stroll by the booth where I was occupying space. The visitor looked at the pheasant, and asked if I knew what it was. "A ring-necked pheasant," I said with all of the confidence of a person who actually had eaten a ringnecked pheasant for dinner.

"THAT'S NOT A RING-NECKED PHEASANT," the visitor snorted in complete indignation, and then walked away, secure in the knowledge that she had proven how dumb another human being could be.

I do not remember what kind of pheasant I was spending time with.

Now, I guess I'll see if there's some kind of pheasant flying around in Pokemon Go.