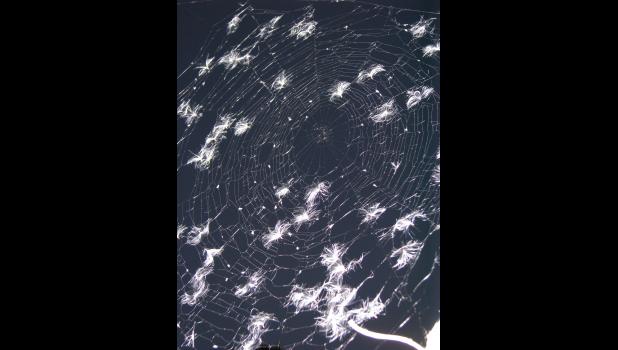 ...isn't there a song that starts with those words? Maybe the song will come to me as I wander through this. Probably not.

If you are one of the three persons who happens to read this colyum on a regular basis, you know that I like to wander around on a regular basis. Such was the case on an unusually mild evening one day last week.

I hadn't wandered all that far when something in a gully not far from our humble abode happened to catch my eye.

Seemed that a spider had created a web on some utility wires in the gully. After the little gem of natural architecture had been woven, feathery seeds apparently floated into the web.

Such simple, yet profound things, tend to catch my eye. So, I started shooting pictures. With my fingers crossed. Thankfully, I was able to get a few images that seemed to have worked out.

So, folks, this week, you just get a couple of pictures. Hope you like them...

Oh...doesn't that song I was wondering about while I was wandering about have something to do with Christmas? 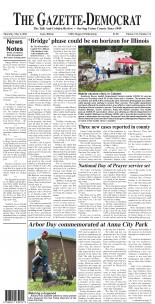