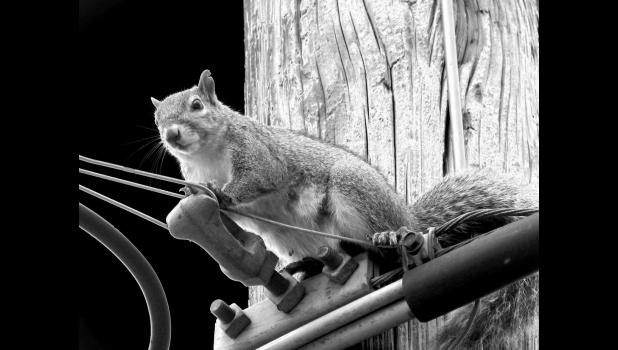 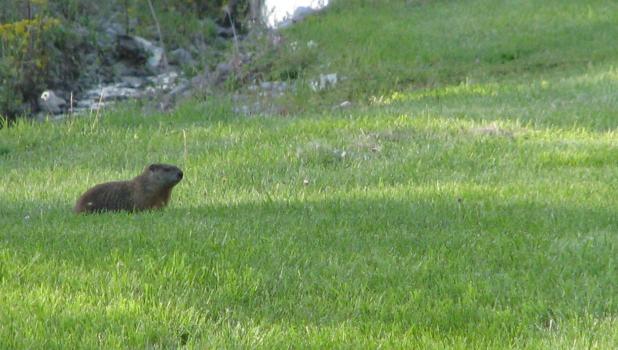 First up this week: We had a Chuck spotting one day during the past week or so. You may recall, or you may not, from a previous colyum that we mentioned our buddy Chuck.

Chuck is a woodchuck, or groundhog. Yours truly had spotted Chuck a number of times, but hadn't seen him in a while. Then, during a break in our downpours, there was Chuck.

Chuck, as noted, is a woodchuck (groundhog), as opposed to a penguin. Or a squirrel. Which leads us to our next step or two...

You probably already knew this: World Penguin Day was Tuesday, April 25. National Geographic is kind enough to remind us that while World Penguin Day is April 25, Penguin Awareness Day is observed on January 20. Seems to me that it might make sense to become aware of penguins on World Penguin Day, but what do I know?

And, FYI, there's also a National Squirrel Appreciation Day, which is celebrated on January 21. Information posted online about National Squirrel Appreciation Day shared that the "holiday," (yes, it was called a "holiday") began in 2001. The same posting noted that "squirrels are far smarter than most people realized." Except, maybe, for one squirrel in Cobden, that is.

During the early morning hours of the 2017 World Penguin Day, yours truly was stumbling through the start of another day's journey which would take me to The Paragraph Factory.

As I have noted many times, I am not a morning person. I don't start functioning well until, well, about 10 or 11 o'clock in the morning time.

Anyway, on World Penguin Day, I made my way to the kitchen, and proceeded to get the coffee machine going. Got to have coffee/caffeine. Just got to.

Then, I think, I heard The Other Half, who was in her Other Half's Official Chair in the Other Room, say something like: "That's interesting." I don't know what she really said, but I'm pretty sure it had to do with the fact that my Mr. Coffee switch-flipping was not having the kind of success that was expected.

Turned out that the reason that Mr. Coffee was not functioning was because we did not have a properly functioning electrical system. The power was out. No caffeine jolt for yours truly on World Penguin Day. (Fortunately, a fellow traveler on The Journey Through Life showed some sympathy and shared some of her coffee when I got to The Paragraph Factory.)

I'm guessing that the small animal resembled a squirrel. On my daily walkabouts through our hometown, I often see squirrels wandering around on power lines. They do not seem to have much sense about such things. Of course, these would be the same creatures that like to run out in front of automobiles, seemingly without a care in the world about the possibility of being flattened.

I'm guessing that on World Penguin Day, a squirrel had a very, very, very bad start to its day. One minute, the squirrel is wandering around on some wires that happen to be carrying about a bazillion volts of electricity, and the next minute: ZAP. I just hope that St. Peter had some peanuts around when the critter showed up at the Squirrely Gates.