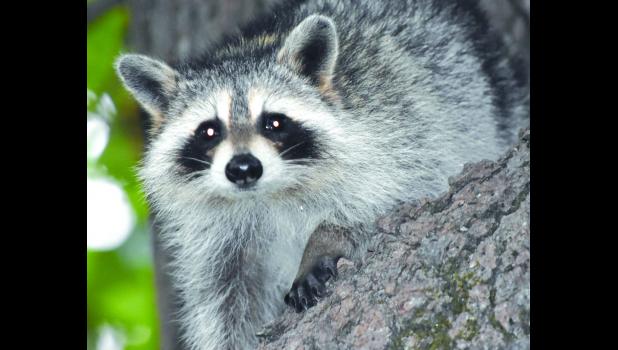 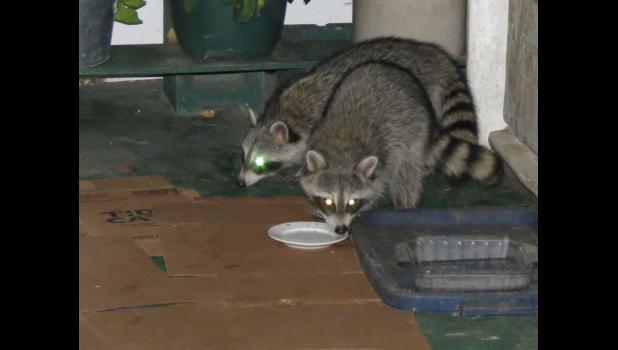 The Rocky Raccoon Magical Mystery Tour rolled right up to our front porch a couple of times last week...and made another appearance a block or so away over the weekend...

If you happen to be of a “certain age,” you may be familiar with the song “Rocky Raccoon,” which was sung by some obscure British group way back in the 1960s.

The lyrics to the song were written by a couple of slackers named Paul McCartney and John Lennon. Until last week, I had never really looked at, or thought much about, the words in “Rocky Raccoon.”

I suppose that might be because a lot of things have been going on in my life since the song made its debut back in 1968...which was a very interesting year, to say the least.

If the words to the song are true (and who am I to question such a thing?), Rocky Raccoon was a young boy who lived somewhere in the Dakotas. Rocky got into a bit of a scrape with another guy, over a girl.

Without getting into more of the details, mainly because the song does not belong to me, Rocky ends up having a very bad day, loses the girl and then goes on a cruise on a yellow submarine to visit an octopus’s garden, which, I hope, was doing better than The Other Half’s garden has been doing this summer. Then again, she’s not getting any help from an octopus. (Oh, by the way, Rocky did not go on a cruise to a garden under the sea.)

After reading the lyrics to the song, I wondered exactly what Mr. McCartney and Mr. Lennon were up to when they sat down together to come up with the words to “Rocky Raccoon.” Then again, maybe some things are better left to one’s imagination.

I’ve brought up “Rocky Raccoon” because the song came to mind following a couple of encounters which occurred on The Journey Through Life during the past week.

As we often do in the evening or night time hours, Bob and I were sitting out on the front porch. Actually, we were on the stoop. Just enjoying a mild September night...the bright light of the moon shining above...bugs making bug noises...mosquitoes sucking our blood...

Then there was a bit of a commotion on the far side of the porch. We got up, and went to take a look...

...turned out there were two, maybe even three, raccoons having dinner on our front porch. I went inside, got my camera, came back out on the porch, starting to take some photographs, complete with the bright light of a flash.

One of the critters did scamper away into the dark. The other one jumped off the porch, turned around, and just looked at me. Finally, I guess he got bored and went off to find something else to do.

Saturday evening, while out for a daily stroll, I had another encounter with Rocky, or maybe one of Rocky’s cousins. Rocky wandered across the street, headed to a tree, climbed the tree and was gracious enough to allow me to take a few photos.

Bob and I spent Sunday and Monday evenings out on the porch again. Didn’t see, or hear, any raccoons. Bob decided he needed to go on an adventure, but that’s another story...for another time...

One last thing for this week...happy birthday to my sweetheart...