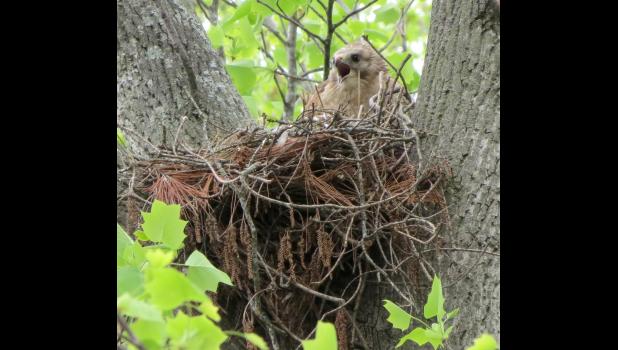 Can a groundhog be self-confidently smug? I’m pretty sure the roundish rodent we saw one day during the past week was pretty smug.

The Other Half happened to see the critter while looking out the back door. The groundhog appeared to be taking a break on the deck in front of the shed in our backyard. The furball did not seem to have a concern in the world.

Groundhogs, and other creatures (deer...skunks...armadillos...) enjoy our backyard, since that it where The Other Half is maintaining her agricultural operations. Critters seem to love the food she grows, perhaps even more than we do.

Anyway, as I was working my way through this little gem, I got to wondering: Is a groundhog actually a rodent? I’ve probably pondered that important question in the past, but could not remember the answer. Besides, I needed to get a column out of the way. Don’t have to be original all of the time...

I went to Google and typed in my question for the moment: is (a) groundhog a rodent?

Fortunately, the first of the 2,220,000 results offered the answer to my question. The result showed:

Well, then. My question was answered. A groundhog is indeed a rodent. A Marmota. A giant ground squirrel.

I hadn’t thought much about what to do once I learned for sure that a groundhog was a rodent. Once again: thank goodness for Google, which had a listing which read: “People also ask”...

According to Google, when it comes to groundhogs, “People also ask” some of the following questions:

Is a groundhog related to a rat? There really was not a good answer to the question. They both have fur, so I guess they are probably related.

Are groundhogs good for anything? Yes. They are good for photographs and for inspiring a column when a writer doesn’t have anything else to write about on a Monday.

Can you eat groundhog? Back in 2012, a writer who apparently was very hungry declared that the “simple fact is, groundhogs are eminently edible and delicious...their meat, when properly prepared, is quite tasty and tender.” Probably tastes like chicken.

What do groundhogs hate the most? Apparently groundhogs do not like such herbs as basil, thyme, chives and oregano, all of which would be used to properly prepare a groundhog for supper. Groundhogs also do not like having their pictures taken.

Are beavers and groundhogs the same? Who would ask this?

Is a groundhog a reptile? I’m not even sure if anybody, anywhere ever actually asked this question, either. There was an answer, or sorts, on the internet.

Does Irish Spring soap keep groundhogs away? No, but it keeps them very clean.

Are wombats and groundhogs related? No. Have I seen a wombat? Yes. In Australia. A long time ago. Up close and personal. They are very cute.

How do groundhogs communicate? By emails.

Where do groundhogs go in the winter? They fly south. They mostly fly at night, which is why we don’t see them very often.

Wait a minute...you thought I said groundhogs and woodchucks were the same thing...let’s see what Google has to say about that...