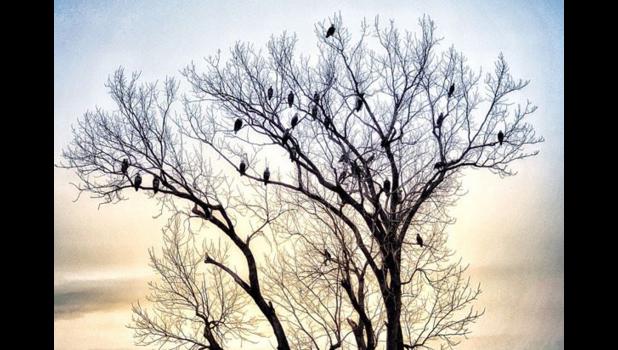 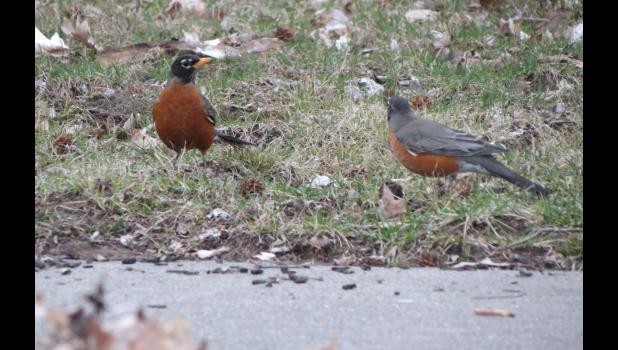 It probably wasn’t a good thing to write this when all of my cylinders weren’t firing. Anyway, here we go...

Yours truly spent a good portion of last week as a member of the Malady of the Month Club. Membership benefits included coughing, hacking, a bit of a low-grade fever, three nights without much sleep and probably some other things which I do not remember.

The Other Half took advantage of her membership in the club the week before I did. We had pretty much figured that since I did not immediately come down with whatever the affliction happened to be, then perhaps I would miss out. Wrong.

I don’t want to sound like I’m whining, even though I am. Just wanted you to know that the brain waves were not functioning at 100 percent when this masterpiece was crafted. Of course, I’m pretty sure it would be hard to tell this creation from one crafted when the brain waves actually were functioning.

Last Friday evening, while doing my best attempt to stay awake in spite of everything, I happened to run across an interesting item online.

I’m assuming the item was real. For one thing, it was online. And, as we have noted many, many, many times, if you happen to see something online, it absolutely, positively, most assuredly has to be true. Bona fide. Just like they said in “O Brother, Where Art Thou?”

Making it more likely to be true, the item was posted online by CBS News. CBS News...the former home of Walter Cronkite, who, if I remember correctly, had a friend of the female persuasion (that would be a “girl friend”) in Anna.

The item involved a standoff between a squirrel and a bald eagle. Maybe you’ve seen it. If not, just do a search for “squirrel eagle standoff.” You’ll learn that there are 235,000 results (at least on Google). I thought there would be more. I guess that “squirrel eagle standoff” isn’t nearly as exciting as doing a search “cute kittens.” That one pops up with something like 183 million results. Really. I saw it online.

The standoff between the squirrel and the eagle did indeed involve a tiny, furry mammal with a bushy tail and what I can assume had to have been the most patient bald eagle on the planet.

After about 10 minutes, the standoff came to an end. No, the squirrel did not end up as dinner. The bald eagle simply flew away. One squirrel, it would seem, had a very, very, very lucky day.

The eagle, by the way, flew to a golf course in Canada. The bird picked up a golf ball and dropped the ball in the hole. This really happened. Well, that’s what I heard on the radio.

I bring up the standoff only because it’s kind of a vague connection to a similar situation which I witnessed one evening last week in Anna.

What I saw was a standoff, of sorts, involving a pair of robins. Their standoff unfolded one evening on a sidewalk near Anna Junior High School/Davie School.

The robins engaged in a variety of standoff behaviors, which included staredowns, faceoffs, chest bumpings, wing flappings, back-and-forthings, and various other things which, as near as I could tell at the time, appeared to involve one robin trying to be the boss of the other robin. They were still going at it when I drove away after a few minutes.

No, the robins were not anywhere nearly as exciting as a squirrel and bald eagle standoff. Which brings us to the other picture you get to see this week.

The image was shared online with us by a fellow traveler on The Journey Through Life. The picture shows nearly 30 bald eagles which were in a tree one morning recently along Route 3 in Union County. The picture was taken by the fellow traveler’s mother-in-law.

Wish I could have seen the scene. The picture also got me to wondering if there might have been any squirrels in that tree...