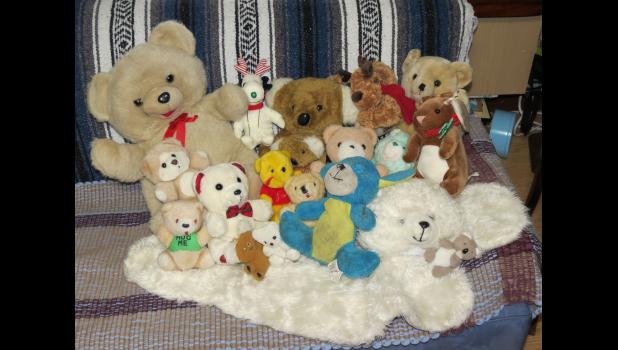 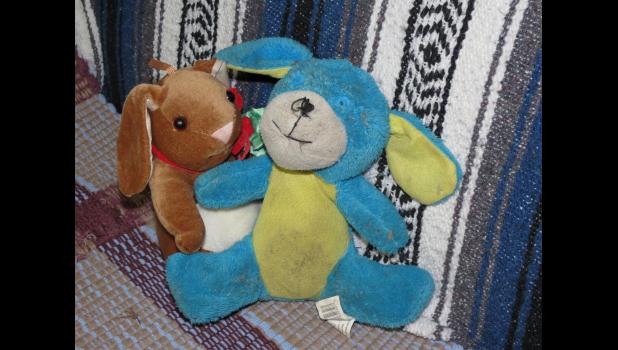 A story for the Christmas...kind of...

“There was once a Velveteen Rabbit, and in the beginning he was really splendid.”

Perhaps you  might recognize the opening sentence from “The Velveteen Rabbit,” which was written by Margery Williams.

With apologies to Ms. Williams, allow me to share a story which began on a cold and gray morning...

There was once a...well, not so much a rabbit, and most definitely not a velveteen rabbit. Not sure what kind of a critter he was, to tell you the truth. He has floppy yellow and blue ears. And a yellow chest. Blue arms and legs. A blue and white face.

By the way, we’re going to refer to our friend as he, for no particular reason. I’m sure our friend would make a very nice she, as well.

The story began on Lafayette Street in Anna, one day last week. Your writer was motoring home for lunch. I happened to catch a glimpse of something blue in a pile of leaves on the curb. Didn’t give it much though.

Next day, your writer once again was heading home for lunch. And, once again, I saw something blue. This time, in the middle of the street.

It was a bright blue stuffed animal, lying face down in the street. Please don’t ask me why, but I stopped the car, got out, picked up the stuffed animal, and put it in the car. Thank goodness there wasn’t any traffic at the time.

The stuffed animal spent a couple of days in the car. Then, I mentioned my discovery to The Other Half. I went out to the car and brought him back into the house to show her my find.

Enough about labels. Labels, while necessary, take away some of the magic...and it was indeed magic...what else could it be?...that brought our friend into our home.

So, let’s say that our new friend is a visitor from a distant land in the east, who was born just a short time before Christmas...

Unlike the Velveteen Rabbit, our new friend was hardly splendid. He looked to have been been run over. He was dirty, and covered with fragments of fallen, brown leaves.

As I showed our friend to The Other Half, we talked about what fate might have befallen him. I suggested that the timing of our new friend’s arrival might make a good story for Christmas. You know. The kind of story that will be repeated for generations. Like that Dickens guy and his little tale, “A Christmas Carol.”

As an inspiration for whatever story might be about to unfold, she suggested that I read “The Velveteen Rabbit,” a classic story about “thrilling and magical transformation.” Well, that’s what the end flaps of our copy of the book said. And, it was right.

“Real isn’t how you are made,” said the Skin Horse. “It’s a thing that happens to you. When a child loves you for a long, long time, not just to play with, but REALLY loves you, then you become Real.”

“It doesn’t happen all at once,” the Skin Horse told the Velveteen Rabbit. “It takes a long time. Generally, by the time you are Real, most of your hair has been loved off, and your eyes drop out and you get loose in the joints and very shabby. But these things don’t matter at all, because once you are Real you can’t be ugly, except to people who don’t understand.”

Well, our little, found blue and yellow and white friend was Real, to be sure. His eyes had even dropped out. Or, at least, off. The Other Half, who is much wiser, and much more compassionate about such things than yours truly, suggested that perhaps our little friend was missing its eyes because it had been so well loved...and now, maybe, somebody was missing a special friend...

Maybe that was why I stopped and picked up our new friend out of the street. Besides, it’s Christmas. Nobody, not even a well worn stuffed animal, should have to be alone for Christmas.

Of course, such conversations can’t be heard by mere people, especially grown-ups. I’m guessing the rabbit probably told our friend to pay attention to our cats. But they sleep most of the time, and don’t bother much of anybody, anyway.

I suggested that we might want to give our friend some new eyes. The Other Half thought about it, and, wisely, said that maybe we should just leave him the way he is. After all, such things don’t really matter...