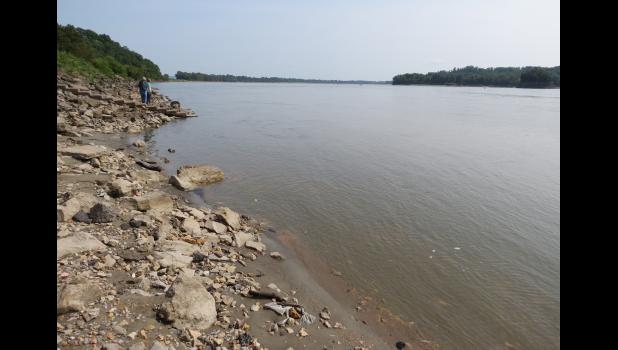 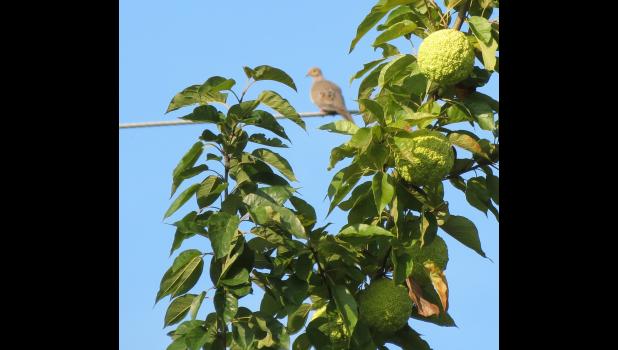 Summer 'officially' comes to an end...

Summer, it would seem, “officially” has come to an end. I say “official,” mainly because I like to occasionally use some “quotes” to make a word look more important than it really is.

Even so, pundits often refer to Labor Day, which we observed on Monday, Sept. 3, as the “official” end of summer. I guess that on the Tuesday after Labor Day, leaves should be dropping from the trees in the morning and snow ought to start falling by evening. By the way, do you have your Christmas shopping done yet?

In the for whatever it’s worth category, The Other Half and yours truly had a fairly “eventful” summer, as far as such things go.

The highlights include visits by two special folks from the east...one from North Carolina and one from Maryland.

Our visitor from North Carolina once again got to experience the sweltering heat and humidity of a Southern Illinois summer at its best. He also got to learn how to work on dry wall. Can’t beat that. Bet he was excited to go back to school and share that special memory.

For some reason, while our visitor from Maryland was in Southern Illinois, Mother Nature decided to make the weather at least a little bit cooler. We’re not talking the first frost or anything like that, but at least the heat index wasn’t bad enough to melt the siding on our house.

Our visitor from Maryland was a friend of The Other Half’s. They had not seen each other in lo, these many years. I was told that she liked history, so we decided to check out a little bit of Union County’s history.

During a Wednesday afternoon day trip, we motored past Stinson Memorial Library in Anna, a local architectural gem, and the house in Anna where Abraham Lincoln stayed during his visit to Union County back in 1858 for a U.S. Senate campaign debate.

Then, it was off to the site of the famed Lincoln-Douglas debate. The debate was held at what is now the home of one of those gems I was talking about: the Lincoln Memorial Picnic Grounds.

From Jonesboro, we headed off to the river bottomlands in western Union County, and then on to Grand Tower, in Jackson County. After all, no visit to our little part of the world is not complete without an opportunity to see the Mississippi River. And seeing the river is a little bit easier in Grand Tower.

We were able to get up close and personal with the Mississippi. A set of concrete steps along the levee led right down to the river. Just in case you were wondering, the river water was warm to the touch. During our visit, I even found a fossil. Can’t help myself.

The journey back home included stops at the famed Snake Road at LaRue Pine Hills Research Natural Area near Wolf Lake and at the Cliff View Park in Alto Pass. Didn’t see any snakes on the Snake Road.

At Cliff View Park, we did see a hedge apple tree, and hedge apples. We had also spotted hedge apples at the Lincoln Memorial Picnic Grounds.

Hedge apples were new to our visitor from Maryland. We get to see them “all of the time.” I suppose that’s why it’s good to “see” our area through the eyes of somebody who is visiting for the first time.

I hope that you had a good summer, now that the season “officially” has come to end.

I guess that’s about enough for now. It would seem that this column is “officially” coming to an end...