The Anna Blue Dolphins swim team was scheduled to have its first day of practice on Thursday, June 2.

The team practices and hosts its swim meets at the Anna Pool. The pool opened for the season on June 2.

Information posted on the team’s website showed the following schedule of events during June: 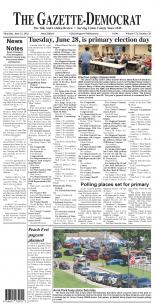