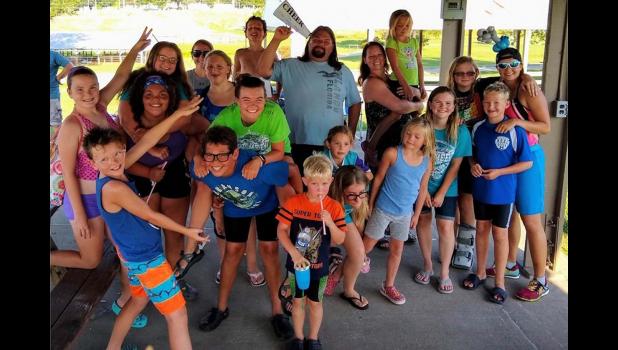 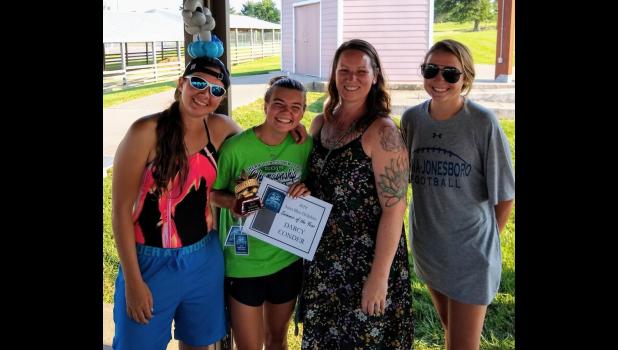 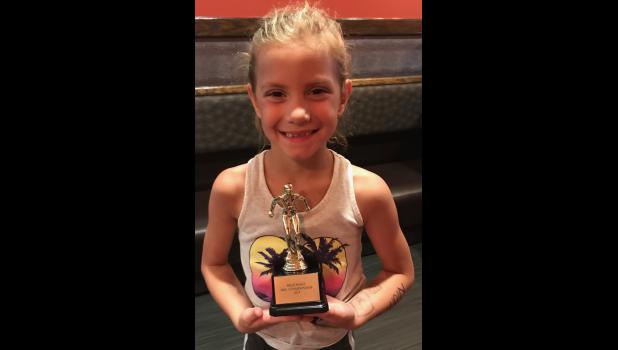 The Anna Blue Dolphins wrapped up their 35-year anniversary season in July.

The team competed in the SISL Championship Meet held at Carbondale on July 27.

The meet included swimmers from all seven SISL teams which qualified and were selected to attend the meet.

Two of the Blue Dolphins swimmers placed in the top three high point category in their age group.

Thirteen swimmers earned team points at the meet.  Those placing in the top three in their events include:

The Blue Dolphins had an end of the year party on Sunday, July 28.

The party was held at the Anna Pool, with food and awards following their swim session.

Awards were presented to swimmers for several categories, including season high points, MVP, most improved and swimmer of the year.

Swimmer of the Year

Some of the swimmers made an honorary award for a parent they felt was most encouraging through the season.

Ricky Borders was named the honorary cheer captain for the team this season and was awarded a megaphone signed by the swimmers.