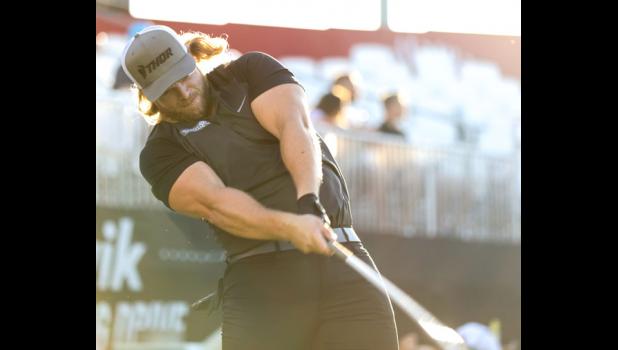 The entertainment will be in conjunction with the Lick Creek School Educational Foundation fund raiser held annually. This will be the ninth year for the golf scramble.

The long drive professional is Andrew Herbert, who grew up in Union County.

A biography of Andrew’s professional career is as follows:

Andrew will set up on hole 18’s tee. He needs to be on a long straight par 5.

As the groups come through hole 18 the groups can donate money to the cause and will receive different tiers of benefits depending on the amount they donate.

The higher the donation the better the return on the investment they receive.

A volunteer will assist with collecting donations and keeping a log of who has donated and the amount donated.

Coach Ron Fulenwider said he is excited about Andrew being a part of the ninth Tom Sherrill Memorial Golf Classic and he hopes to see everyone at the event.