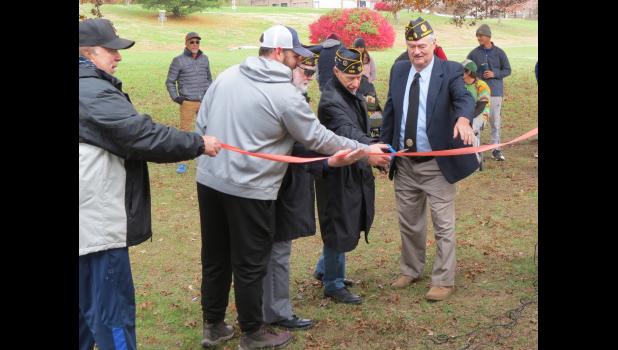 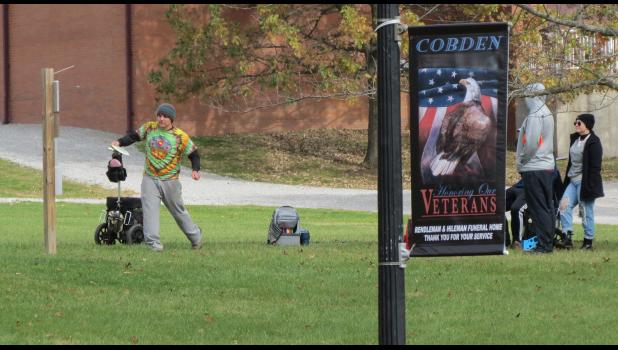 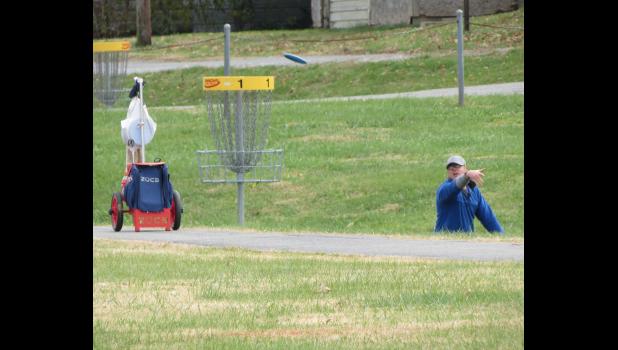 More than 50 players participated in a Veterans for Vets disc golf tournament which was played last Saturday in Cobden.

The turnout was the biggest ever for a tournament at the Cobden Community Park disc golf course.

Saturday’s event featured three divisions: A flight, B flight and a veterans division.

Prior to the start of competition Saturday morning, a ceremony was held to honor the nation’s veterans. Veterans Day was commemorated on Thursday, Nov. 11.

David Stewart, a veteran and representative of the Cobden American Legion post, said that the observance of Veterans Day offered an opportunity for all Americans to remember and honor those who have served and sacrificed for the nation.

A ribbon cutting also was held to commemorate the addition of nine holes to the disc golf course at the Cobden Community Park.

The course originally was developed and opened with nine holes.

Thanks to a $5,000 donation from the Cobden American Legion post, nine more holes have been added to the course.

In turn, disc golf tournaments are being held at the course to help support the post.